Christmas markets have become as ubiquitous as threadbare Santa costumes this winter, with every town in the United Kingdom offering their interpretation of this European tradition.

But why settle for an imitation, when the original is just a one hour flight away? Hundreds of – top quality – markets are on offer across Europe, with some of the best to be found in Germany.

But which to choose?

Nuremberg hosts one of Germany’s oldest and most famous markets each year, while Berlin, Cologne and Lübeck all have their advocates. But, just a little off the beaten track, Hannover allows visitors a chance to sup glühwein, scoff bratwurst and, of course, shop!

The city is just an hour from London, with Germanwings offering the quickest connection.

Launched earlier this year the departure from Stansted has proved indispensable to business commuters, but with the Christmas season now in full flow, I decided to board and check out the more leisurely side of the route. 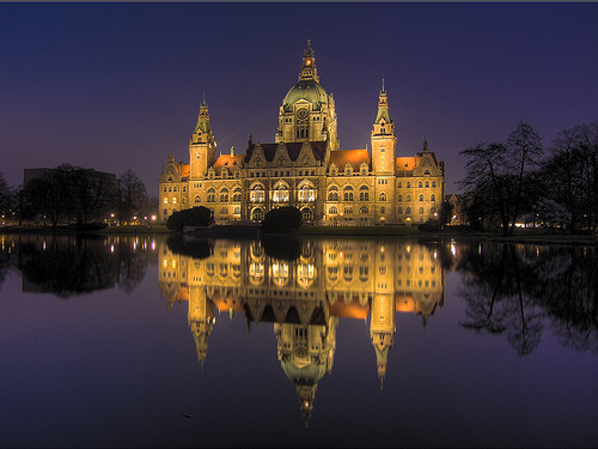 Landing at a respectable 10:00, half-hourly trains get you to the city centre in approximately 20 minutes. Once there it is possible to explore the city on foot.

Within an hour I had reached the Market Church at the very centre of Hannover. Around me countless stalls offered everything from locally produced handicrafts to Christmas decorations, ornaments, trinkets and gifts.

While the array might sound familiar to shoppers from the UK, Hannover is the genuine article – with the markets at home little more than an ersatz reproduction. The temperature, also, felt pretty real, falling as low a -10°C in the middle of the day.

Around the fringes of the market glassblowers, candle makers and potters demonstrate their skills, while confectioners offer their delicious wares to holidaymakers and locals alike.

A little further into town, the Finnish Christmas Market takes over Ballhofplatz Square and exudes a charm all of its own. The scent of locally produced ‘flammlachs’ – slow-grilled salmon – fills the air as the treat is prepared over an open fire, while there is always time for one more glass of glühwein.

Continuing with the seasonal theme, Erlebnis-Zoo Hannover - just a short drive out of the city centre - is transformed for six weeks of the year into a winter wonderland.

While some of the more exotic inhabitants are warmly locked away inside – although, strangely, not the hardy kangaroos – the zoo more than compensates by putting on a festively themed show. Buildings are festooned with fairy lights, while ice skating is offered on the village pond.

For the more adventurous visitor toboggan slopes take in a sharp descent over the zoo, while parents might like to head to the warm, relaxed restaurant. Santa is naturally on hand to entertain children with his festive cheer.

Perhaps most impressive of all, however, is Yukon Territory – home to a number of polar bears. A submerged viewing platform lets you get right up close to these majestic creatures, while bison, caribou and wolves stalk the surrounding hills. 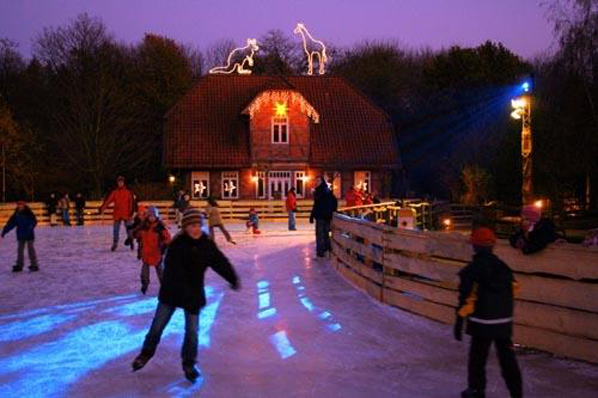 Back in the town centre, I ducked into the Brauhaus Ernst August. Home to a micro-brewery, the place offers everything from breakfast to festive dinners, all in the most traditional of German settings. With live music also on offer most nights, it’s hard to imagine a more appropriate setting to end a Christmas break in Hannover.

For those looking to get home, Germanwings offers an evening departure to Stansted.

Naturally, I wanted to extend my visit, however, and headed for the Central-Hotel Kaiserhof on Ernst-August-Platz 4 for the night. This modern property, in the shadow of the central train station, forms an ideal base from which to explore the city and surrounding areas.

Germanwings offers departures to Hannover twice a day from London Stansted, with prices starting at £13.99 one way.

Germanwings is one of the most successful Low Cost airlines in Europe. At bargain fares the airline offers flights to 75 destinations in Europe from its five bases in Cologne/Bonn, Stuttgart, Berlin-Schönefeld, Hannover and Dortmund.