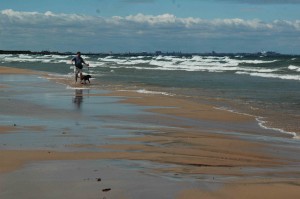 Tracking organizations say the rate of decreases in international tourism is slowing — or, put another way,  fewer folks are not globetrotting lately, which lends hope these numbers could climb out of the red and into the black in the near future.

According to the United Nations World Tourism Organization’s World Tourism Barometer  report, the number of international tourists declined 7 percent in the first 8 months of 2009. But because the bleeding is beginning to taper off to the tune of only 3 percent in the hold during July and August, UNWTO is guessing the final decrease for this year will be 5 percent.

We’re still talking big numbers of course — 600 million visitors worldwide compared to the 643 international visitors countries usually welcome. And it’s understandable, given the poor economic conditions in previously strong countries and a flu pandemic. It’s just not acceptable to countries that rely on these visitors’ dollars (which shrank 10 percent during those same 8 months, making it an even more dismal story than the head count)  to keep their own employment bases strong.

How hard were countries hit? Stats from the World Tourism Barometer:

In Europe (-8 percent), destinations in Central and Eastern Europe were the most affected, but results for all other subregions were close to the average.
o     Asia and the Pacific (-5 percent) shows the clearest signs of improvement with growth already positive in August driven by the encouraging results of North-East Asia.
o     In the Americas (-7 percent) there are still no clear signs of a reversal in the current decline trend. Growth continued to be fairly negative during the second quarter as well as in the months of July and August. South America has shown the best performance so far (-1 percent).
o     The Middle East (-8 percent), though still well down on the growth levels of previous years, already saw a shift to positive growth between June and September (data for the region is fairly volatile due to the influence of major religious events in tourism flows).
o     Africa’s growth (+4 percent) was very positive given the current difficult environment. 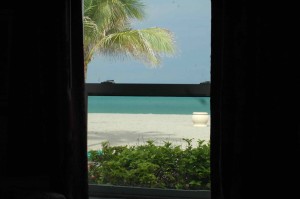 So, since its travel industry seems to be suffering the most on this list, what is the United States government doing to improve the situation? If you ask the European Parliment, that would be pissing off the foreign tourists it needs. EU lawmakers are requesting that Secretary of Homeland Security Janet Napolitano lead the charge against a likely $10 visa waiver registration fee passed by Congress but not yet signed into law by President Obama. Oh, they’re upset with the online visa waiver, too, but slapping a $10 charge to the process has apparently rubbed salt in the wound.

According to MSNBC, Napolitano is willing to discuss this airline passenger paperwork thing, but, uh … we need that $10. “Unlike many of your countries, the United States does not have a separate agency to promote tourism and travel, and so the goal of this is to use that to actually fund and help tourists and travelers who wish to come to the United States,” Napolitano reportedly responded. “In that respect I think that it is not only reasonable but in these days of reduced government budgets, it’s the way to fund that.”

MSNBC says that EU lawmakers are angry because we American’s don’t have to pay these fees and jump through these hoops on their end. No, we just have to justify a dollar sinking against the Euro with our personal budgets.

How sure is UNWTO that these numbers will improve?