Aviation veteran Bruce Ashby has been named as Chief Executive of oneworld. The appointment comes as part of the leading airline alliance’s relocation to new headquarters in New York following a breakthrough year in 2010.

After 16 years working for U.S. airlines, latterly as Senior Vice-President Alliances and then Executive Vice-President Marketing for USAirways, he then spent the past five years leading carriers in India and the Middle East, as Chief Executive of IndiGo and then of SAMA Airlines.

Ashby takes over the reigns from oneworld Managing Partner John McCulloch, who is unable to relocate from Vancouver to New York for family reason. He spent 10 years with the central alliance team – the last seven as Managing Partner.

New Chief Executive Bruce Ashby commented: “oneworld has set the benchmark in the increasingly important arena of airline alliances, with its grouping of best-in-class carriers from each region and its focus on quality and innovation. It is a privilege to be invited to succeed John McCulloch to lead oneworld forward, as it becomes an even more vital element of its member airlines’ own strategies.” 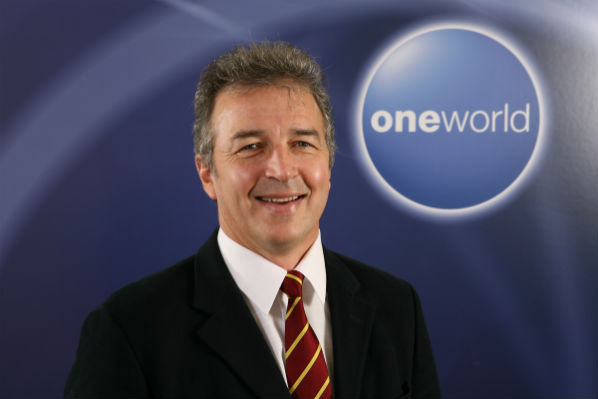 John McCulloch said: “It’s been a real privilege to be part of oneworld virtually from its birth to positioning it firmly as the world’s leading airline alliance.  The relocation of our central alliance team to the world’s biggest airline market at this stage in oneworld’s evolution makes clear sense.  Personal circumstances prevent me from being part of that future, but I am committed to achieving a full and seamless transition, working with Bruce as he beds in, to ensure oneworld continues on its journey towards pre-eminence.”

He served as USAirways Senior Vice-President Alliances from 2003 to early 2005 – as the airline joined Star Alliance – before stepping up to become Executive Vice-President Marketing.  At the same time, he also led USAirways Express, the group’s regional operation, as its President, from 2003 to 2005.

During this time, he played a central role in the restructuring of USAirways out of Chapter 11 bankruptcy and negotiating and planning its merger with America West.
As the merger was completed in late 2005, he moved to India to launch Indigo as its CEO. After three years leading the Indian airline, he was recruited in late 2008 to serve as CEO of Saudi Arabia’s SAMA Airlines.

Besides English, he speaks French, Italian and some Hindi.  Aged 49 and with U.S. citizenship, he is a graduate of Stanford University and based in Virginia, near Washington DC.