Singapore is a vibrant island city that has long been an important business and leisure destination due to its wealth of attractions, excellent business facilities, wide green spaces and treasure trove of excellent hotels and restaurants.

One of the more remarkable aspects of Singapore is the truly cosmopolitan nature of its population, a natural result of the country’s geographical position and commercial success.

Established by Thomas Stamford Raffles as a trading post on January 29th 1819, the small sea town of Singapore soon attracted migrants and merchants from China, the Indian sub-continent, Indonesia, the Malay Peninsula and the Middle East.

Visitors can witness this kaleidoscope of culture by celebrating the various religious festivals and visiting the cultural sites and precincts of the city, from the Sultan Mosque to the Peranakan Museum and the Dragon Boat Festival.

The rich heritage of Singapore is also evident in the wealth of food choices.

Food centres such as Maxwell Food Centre are one-stop venues with different ethnic cuisines all under one roof.

Peranakan cuisine derives from the descendants of the Chinese immigrants who settled in Singapore and married local Malays and shows the Singapore food culture at its most eclectic.

Popular restaurants like True Blue Cuisine and Baba Inn & Lounge offer guests the chance to sample signature Peranakan dishes such as spicy fish and coconut otak-otak or ayam buah keluak, a chicken dish cooked with nuts in a rich sauce.

Although renowned for its futuristic architecture and impressive skyline, Singapore offers an abundance of natural beauty with the verdant landscapes of the Botanic Gardens, breath-taking views from the MacRitchie Nature Trail and the sleepy island of Pulau Ubin.

Horticulture fans can also walk amongst the 500,000 plants and 50-metre high super trees and at the award-winning ‘Gardens by the Bay’.

Singapore is famous for its huge variety of shopping options, with offerings from the latest fashion on Orchard Road to a host of cultural shopping spots throughout the city, including the delightful quirky boutiques of Haji Lane in the Muslim quarter.

The island boasts a wide range of high quality accommodation from the historic majesty of Raffles, the birthplace of the popular Singapore Sling and host to the World Travel Awards Asia & Australasia Gala Ceremony 2015, to boutique hotels such as the experimentally designed Wanderlust in the Little India District.

This year is a landmark year for Singapore as it celebrates its 50th anniversary with a host of exciting celebrations taking place around the island.

The Golden Jubilee is an opportunity for Singapore to showcase its emerging art scene with the opening of the Pinacothèque de Paris in May and the National Gallery in autumn as well as a celebration of Singaporean history and culture, culminating on National Day on August 9th.

Take a look below for some of the highlights of any visit to Singapore: 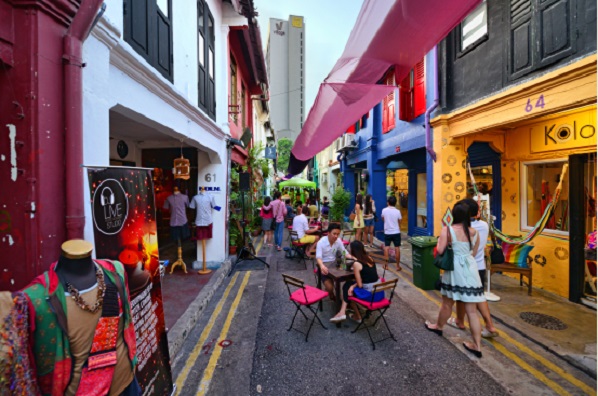 A blend of traditional South Asian architecture and colourful street art, Haji Lane proves that there is exciting art and culture in Singapore. 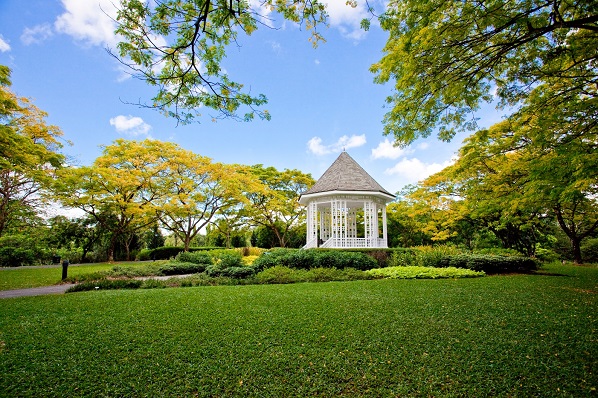 Founded in 1859, the 60 acres of verdant landscape in the Botanic Gardens earn Singapore its nickname of the Garden City.

With 600 different orchid species and hybrids fluttering in the Orchid Garden and a tropical Swan Lake that is home to several species of aquatic plants and fish, the Botanic Gardens is a green haven in downtown Singapore. 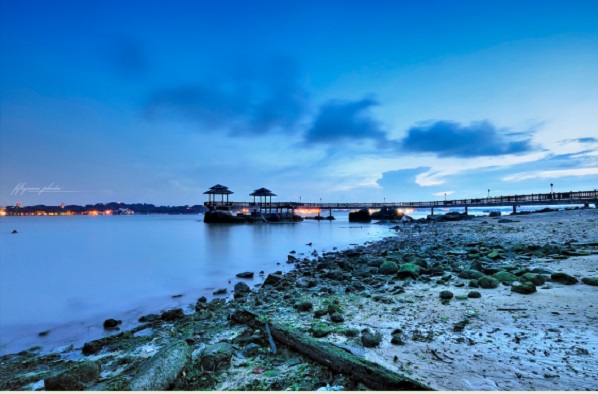 This boomerang-shaped island, known as Singapore’s last village or Kampong, is a refreshing throwback to the slow lane of 1960s Singapore.

Visitors can spend day trips exploring Pulau Ubin’s undulating granite hills, overgrown rubber plantations and secluded beaches while they breathe in the fresh air and gaze at the picturesque landscapes. 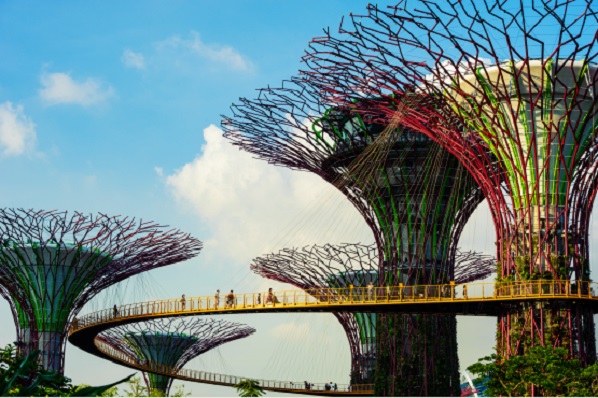 Gardens by the Bay

Gardens by the Bay, Singapore’s futuristic new green space, features the best in horticultural and architectural design and over 500,000 plants from almost every continent in the world.

With magnificent design feats such as the 50-metre high Supertrees which light up to music every evening, Gardens by the Bay is arguably the nation’s most beautiful masterpiece. 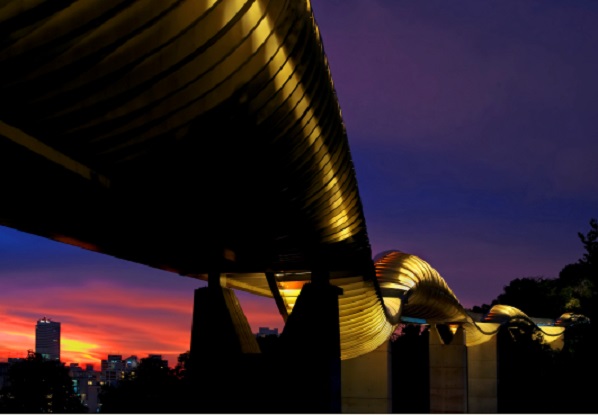 At 36 metres above ground, the Henderson Waves Bridge is the highest, most artistic pedestrian bridge in Singapore and adds a daring architectural achievement to southern Singapore’s lush green belt.

The bridge linking Mount Faber Park to Telok Blangah Hill Park mimics the undulating shape of a wave and hides shell-like niches where pedestrians can sit and enjoy the great views. 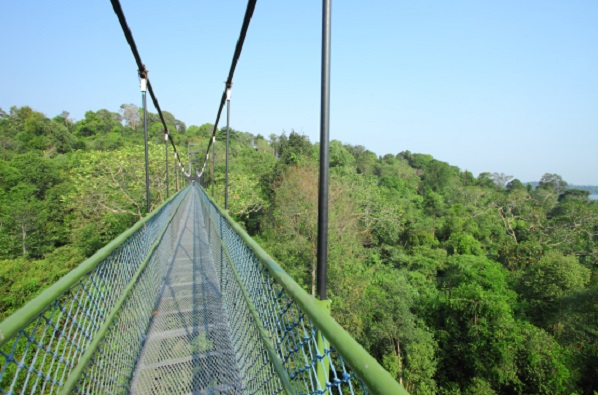 MacRitchie Reservoir is nature’s playground with a free-standing suspension bridge over the forest canopy, an 11 kilometre walking trail around the area’s natural attractions and excellent opportunities to spot exotic plants and animals.

This is a key attraction for cross-country runners as well as water sports and general outdoor enthusiasts. 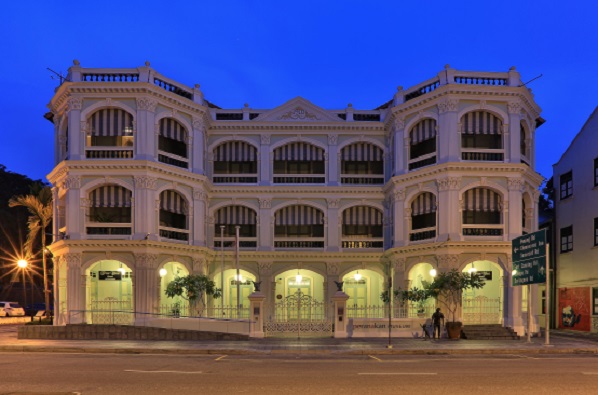 The Peranakan Museum houses the world’s finest collection of artefacts from this hybrid Southeast Asian culture such as jewellery, furniture and textiles.

Highlights of the ten permanent galleries include interactive exhibits such as an elaborate 12-day Peranakan wedding and the stories of prominent Peranakans in Singapore’s history. 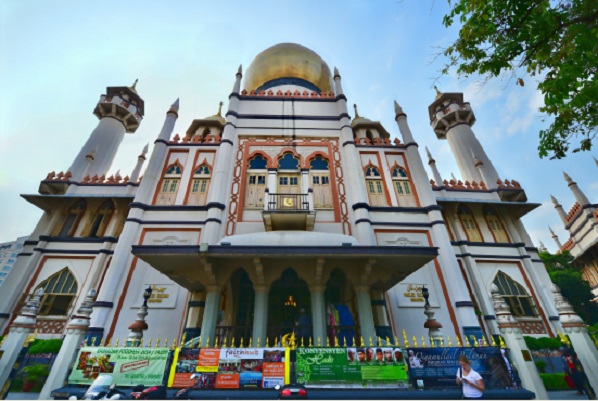 One of Singapore’s most impressive religious buildings, the Sultan Mosque with its massive golden domes and huge prayer hall is a highlight of the multicultural Kampong Glam district.

First built in 1824 by the first Sultan of Singapore, the mosque has since been reconstructed and its dome base is formed from glass bottles donated by devotees during this restoration. 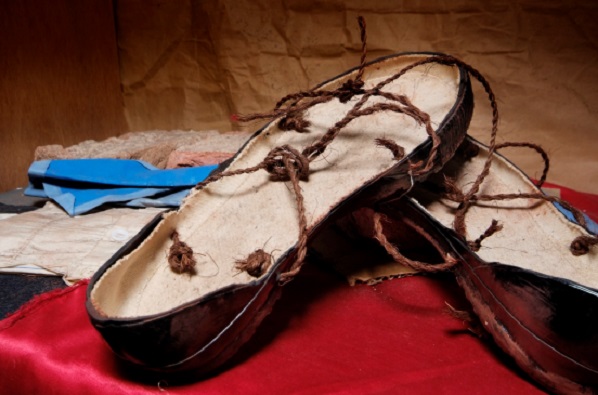 Set within three beautifully restored shop houses, the Chinatown Heritage Centre of Singapore has been recreated to resemble the living quarters of Chinatown’s residents in the 1950s.

Pictures, stories and historical artefacts help to showcase the lives of these settlers during Singapore’s early years when it was a budding port.

For more information on visiting Singapore head over to the official website.