As recession conditions linger, the travel industry continues to seek out ways to reach, and excite, its audience into parting with discretionary dollars. American Airlines thinks food could be that special ingredient.

Through a multi-faceted advertising program with the Food Network, American will weave its brand into the fabric of the new season of the hit series, The Next Iron Chef, which premiered on Oct. 4. Throughout the season, American will be seen flying the chefs from Los Angeles to Tokyo to New York. American Airlines Cargo is also featured in several episodes, helping the Chairman to gather certain ingredients and cooking tools from around the world. 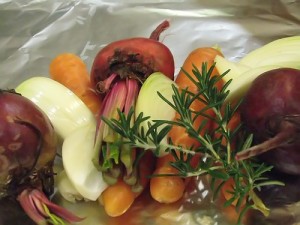 “For many American Airlines customers, food and travel are essential ingredients of life’s best experiences,” says Rick Wilbins, American’s managing director – brand and advertising. “Partnering with Food Network’s The Next Iron Chef is another way to show our customers that we understand and share their excitement about traveling the world to enjoy new cultures and cuisines.”

“We worked to find the best way to convey American’s message of the passion, energy, and culinary exploration that comes with travel,” says Karen Grinthal, the senior vice president of ad sales at the Food Network and Fine Living. “The Next Iron Chef provided the strongest vehicle, and American’s integration into the program added excitement and was organic to the international theme of the show.”

The partnership includes high-impact feature-style ad pages in Food Network magazine, which gives American the chance to highlight its global network and services, including the expertise of its distinguished Chefs’ Conclave members, celebrity consulting chefs and wine consultant. 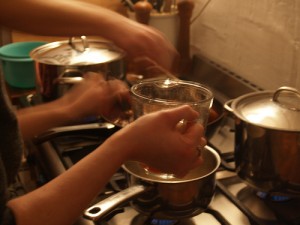 American certainly isn’t the first to try this angle. Sol Melia Hotels and Resorts spent heavily on p.r. to promote its Cancun resort when Real World 22 was filmed there for MTV. Sara Duffy talked Bravo into making a whole show about the length her travel agency goes to in the quest to keep upscale clients happy. First Class All The Way has aired only six episodes to date, but Nielsen data released in June 2009 showed that product placements on broadcast televsions for travel and hospitality were up 34 percent last year.

What we don’t know is the return on investment. According to some players in the medical industry who have gotten their products on Grey’s Anatomy, the exposure is worth as much as $8 million in advertising dollars