Yas Island in Abu Dhabi has been confirmed as host for the upcoming Fight Island event from UFC.

The Department of Culture and Tourism - Abu Dhabi (DCT Abu Dhabi) confirmed the showcase would be hosted in the popular leisure, shopping and entertainment destination next month.

Details for each event, including fight cards, will be announced in coming weeks.

To accommodate existing public health guidelines, DCT Abu Dhabi will create a safety zone within the nearly ten square mile Yas Island that will include an arena, hotel, training facilities and dining establishments.

This safety zone will only be open to UFC athletes and their coaches; UFC staff and other event personnel; and Yas Island employees who are necessary to ensure the operation of the facilities.

Mohamed Khalifa Al Mubarak, chairman of DCT Abu Dhabi, said: “Our partnership with the UFC, now in its second year, has proved to be one of our most successful ventures in recent years.

“Thanks to their commitment and cooperation, we are proud to announce that Abu Dhabi will host the first ever Fight Island event, marking the long-awaited return of UFC fights to the global stage.”

He added: “We have worked closely with all government entities in Abu Dhabi to ensure that the staging of this historic event complies with the highest standards of safety for the athletes, coaches, and all UFC personnel as well as the safety of our community.

“This year, Abu Dhabi has successfully proven its ability to handle all challenges and promote the well-being of its visitors and residents; and today, we are here to showcase the best that our capital has to offer, as we look forward to opening our doors once again to the world.”

In 2019, UFC and DCT Abu Dhabi entered into a ground-breaking five-year partnership to bring UFC events to the emirate.

The agreement to bring UFC Fight Island to Abu Dhabi is an expansion of the original five-year partnership between UFC and DCT Abu Dhabi. 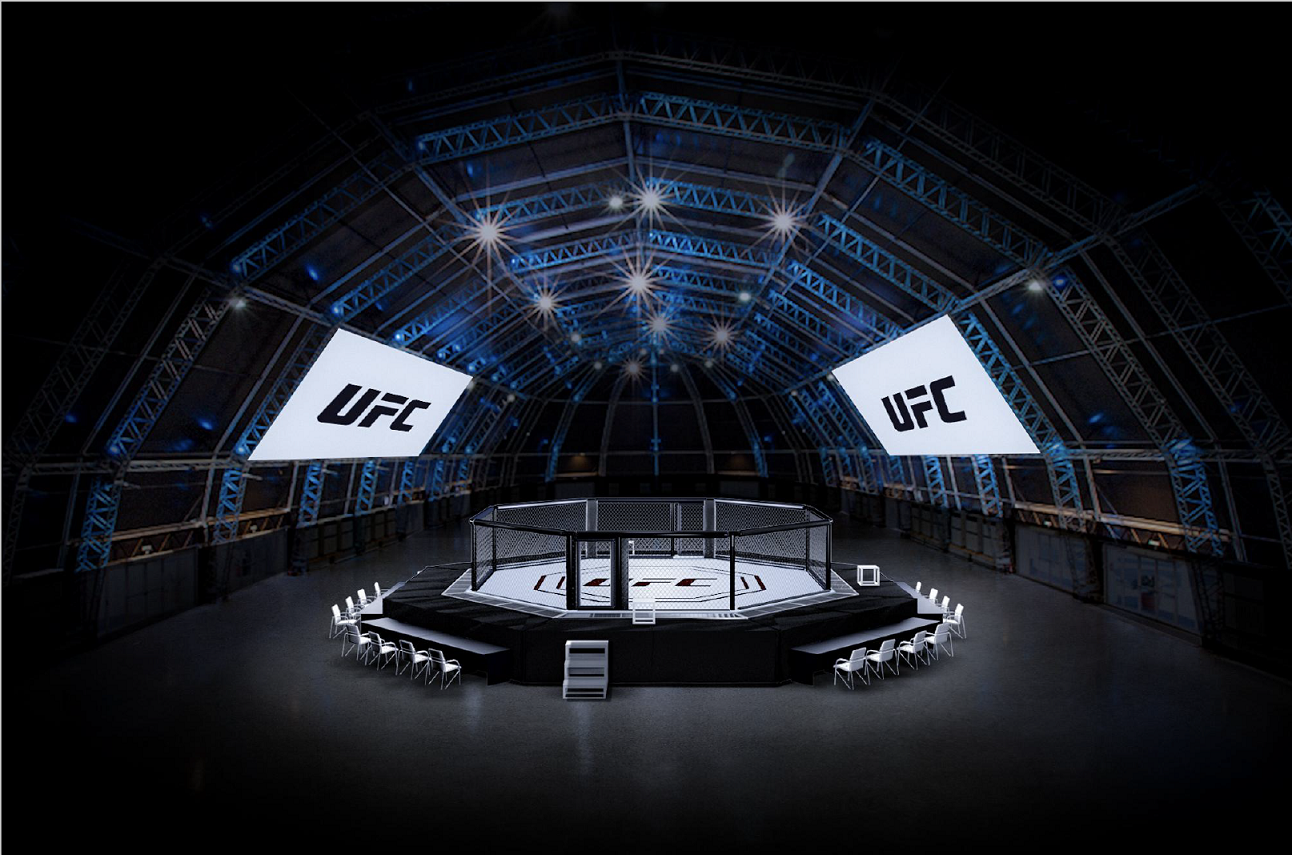 UFC president, Dana White, commented: “We came up with the idea of having fights on ‘Fight Island’ because we needed a destination to hold international events during the global pandemic.

“Abu Dhabi has been an amazing location to hold fights over the past ten years and it is the perfect place for these events.

“The infrastructure we are building will be such a once-in-a-lifetime opportunity for the fighters that’s never been done before – from the arena, the private training facility and the Octagon on the island – it’s going to be an experience that none of us will ever forget.

“I can’t wait to deliver amazing fights from Yas island.”

UFC Fight Island events will air live on global broadcasters around the world and on pay-per-view in select markets.

UFC events are broadcast in 172 countries and territories in 40 different languages and reach approximately one billion TV households.

In the UAE and throughout the rest of the Middle East and North Africa, UFC content is streamed on UFC Arabia app, UFC’s first Arabic-language streaming subscription service in the region.

Yas Island is one of the fastest growing leisure and entertainment destinations in the world, located on the golden shores of Abu Dhabi - just 20 minutes from downtown Abu Dhabi and 50 minutes from Dubai.

The destination is considered World’s Leading Tourism Development Project by voters at the World Travel Awards.

Yas Island offers holiday makers a diverse mix of award-winning leisure and entertainment experiences, from one-of-a-kind theme parks, world-class shopping and superb dining, to a links golf course, exciting water and motor sports, and the most enjoyable musical and family events all within the 25 square kilometre island.

Commenting on the news, Faiek El Saadani, general manager of W Abu Dhabi – Yas Island, said: “The announcement of the much-anticipated UFC Fight Island events to be held on Abu Dhabi’s Yas Island through the month of July, brings positivity among times that have been challenging for all of us.

“The coming of this international sporting event to Yas Island will help renew consumer confidence and give an impetus to travel into Yas Island in particular and Abu Dhabi in general.

“As global travel restrictions lift, I am confident that Abu Dhabi will emerge as a preferred travel and events destination.

“This is good news for hotels on the island and we will be waiting to welcome our guests when the time comes!”

Also on hand are Abu Dhabi’s largest mall, more than 160 dining experiences, seven hotels, and indoor and outdoor concert venues - all of which are complemented by a range of visitor services that connect all attractions to one another. 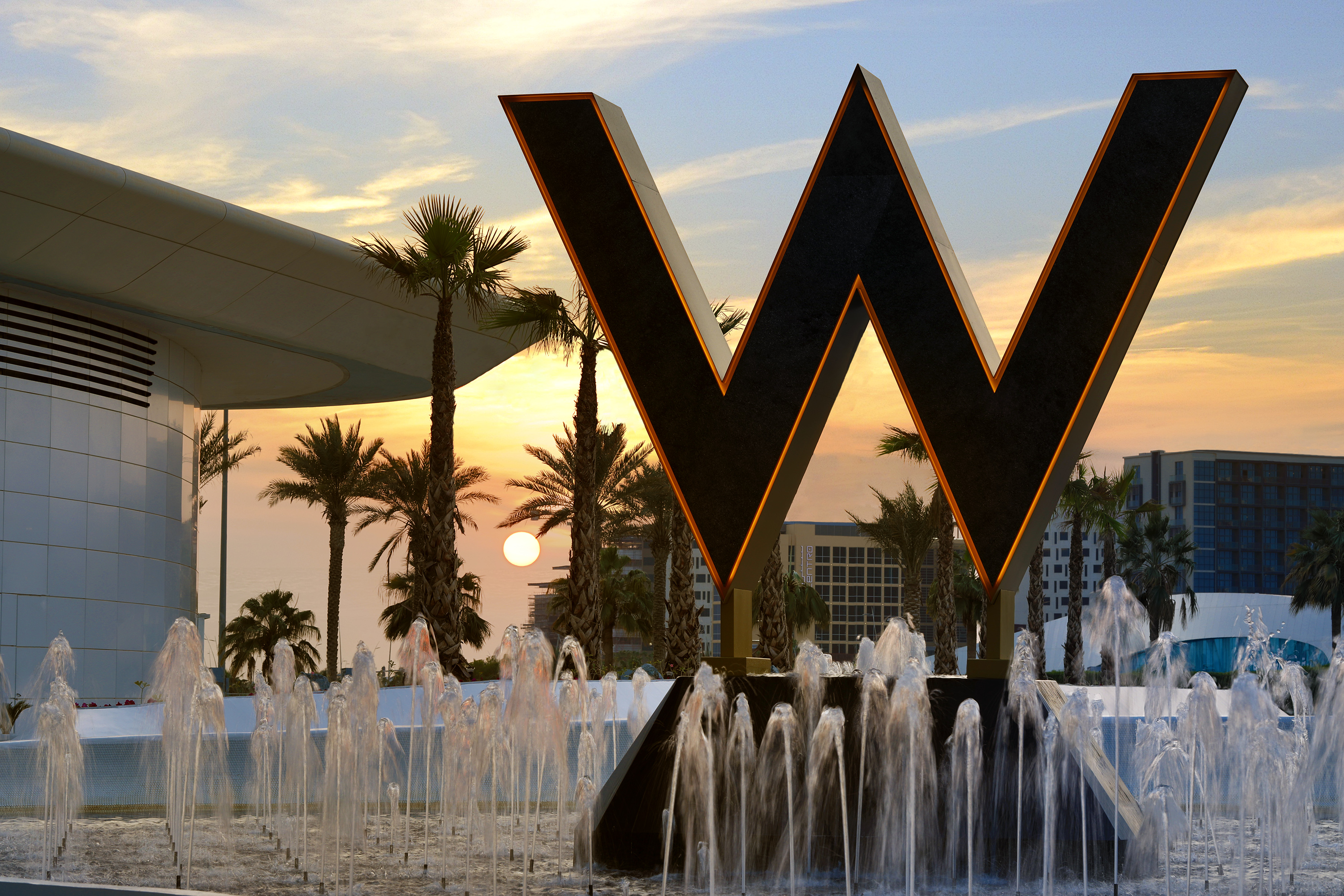 If that were not enough, Abu Dhabi-based developer Miral is considering further developments on Yas Island, which is only 55 per cent complete.

They are looking beyond the development of the first SeaWorld Entertainment attraction in the Arabian Gulf, planning to open in 2022.

It will be the first SeaWorld without Orca Whales.

The developer has also partnered with Sportainment Entertainment & Sports and Feld Entertainment to host events and live shows at the Yas Bay Arena, the new indoor venue which is scheduled to open later this year.

The island is also set to add 800 new hotel rooms by 2021, including 550 this year with the opening of Hilton and 250 rooms in the new Warner Bros. World Abu Dhabi.

Mohamed Khalifa Al Mubarak, chairman of DCT Abu Dhabi, has been instrumental in bringing UFC to the emirate

The Department of Culture & Tourism – Abu Dhabi conserves and promotes the heritage and culture of Abu Dhabi emirate and leverages them in the development of a world-class, sustainable destination of distinction that enriches the lives of visitors and residents alike.

The department manages the emirate’s tourism sector and markets the destination internationally through a wide range of activities aimed at attracting visitors and investment.

Its policies, plans and programmes relate to the preservation of heritage and culture, including protecting archaeological and historical sites and to developing museums, including the Louvre Abu Dhabi, the Zayed National Museum and the Guggenheim Abu Dhabi.

The department supports intellectual and artistic activities and cultural events to nurture a rich cultural environment and honour the emirate’s heritage.

A key role played by the department is to create synergy in the destination’s development through close co-ordination with its wide-ranging stakeholder base.

Before a visit enjoy over two hundred videos of Yas Island with Breaking Travel News’ partner Travel TV, or find out more on the official website.