A packed delegation of VIPs, senior tourism figures and international media travelled from more than 30 nations to attend the event, which was supported by Turks & Caicos Tourist Board and Scotiabank.

It was an evening of travel triumph for nations across the region.

Jamaica’s continuing rise up the global tourism order was acknowledged after it was named “Caribbean’s Leading Destination”. 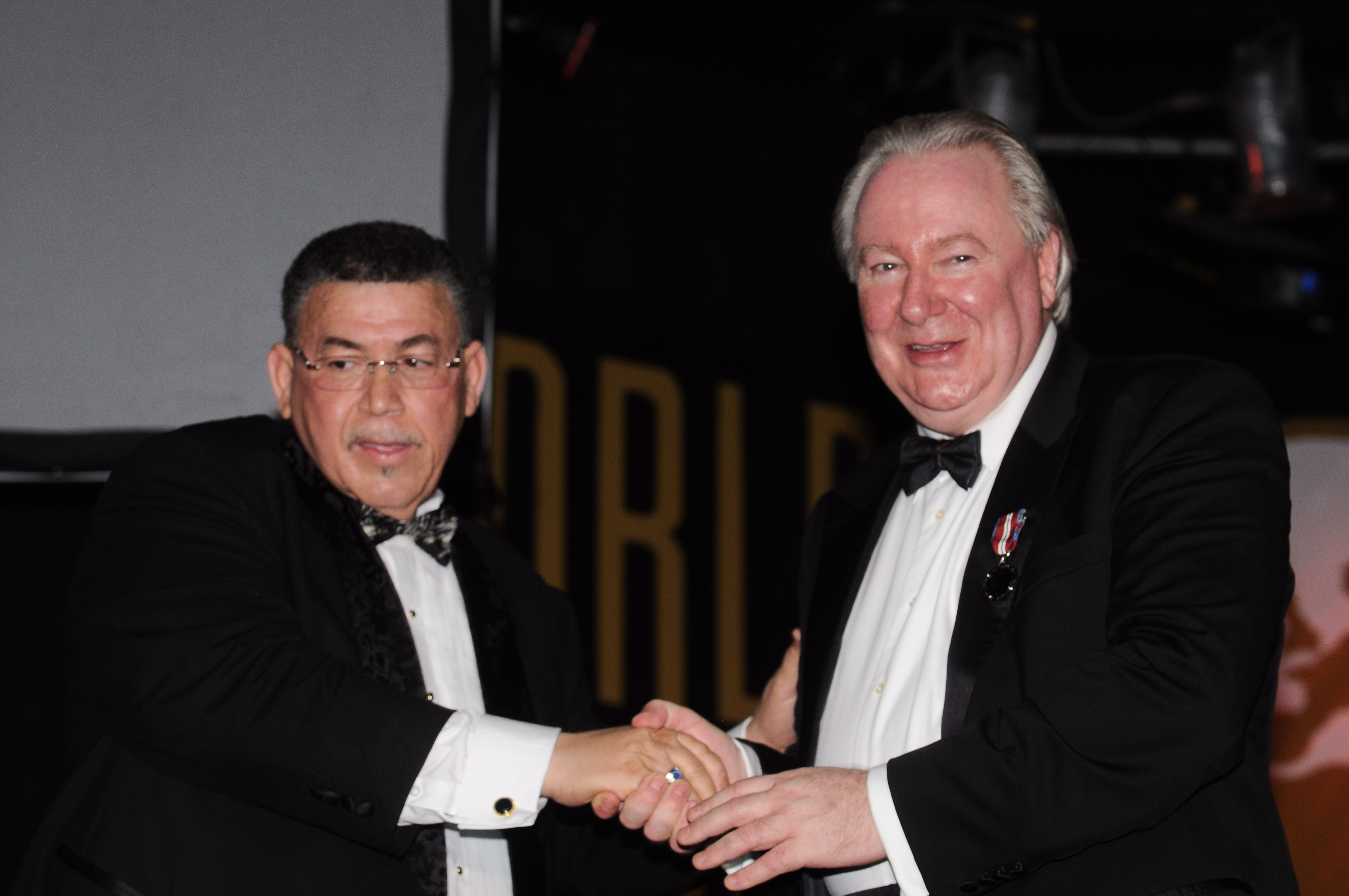 McKeeva Bush, premier of the Cayman Islands, joins World Travel Awards president Graham Cooke, to recognise his contribution to tourism in the Caribbean

The WTA awards programme, hailed as the ‘Oscars of the travel industry’ by the global media, highlights and rewards those travel brands that have made the greatest contribution to the industry over the past year. 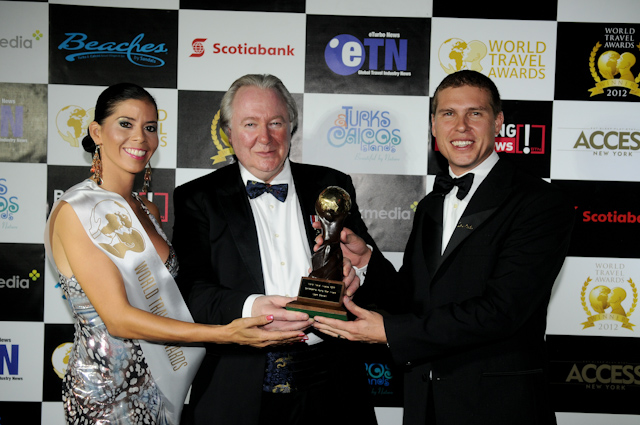 WTA president Graham Cooke underlined the depth and quality of the travel and tourism sector across the region.

He said: “Our winners are also drawn from the breadth of the Caribbean & The Americans and , reflecting the strength and depth of the region’s travel and tourism sector.

“I am sure these organisations will fare strongly in our Grand Final, which takes place in New Delhi, India on December 12th 2012.

“The ceremony has also served as a glittering spotlight for Turks & Caicos – a paradise nation that has welcomed a record number of tourist visitors over the past year.

“This is testament to its overwhelming natural attractions, its luxury hospitality facilities and its rich local heritage.” 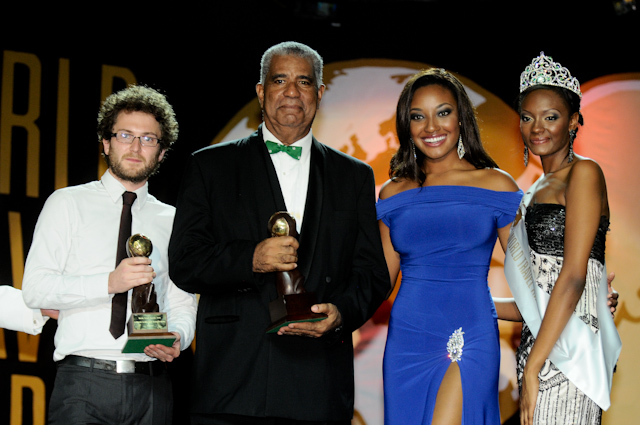 Some of the Caribbean’s finest vocalists, including Shawn Campbell and Elroy Simmons, performed to the packed audience.

Gordon “Butch” Stewart, chairman of Sandals Resorts International, added: “We are honoured to receive the highest number of awards in Sandals Resorts’ history.

“We always strive for excellence, and continue to invest in our product so that each year we can be proud to say we are the Caribbean’s Leading Hotel Brand.”

The winners of these legs will go head-to-head in WTA’s Grand Final, which takes place at The Oberoi, Gurgaon on December 12th 2012.

“With another 30 nations represented at these awards, we hope that each of you will take a piece of our islands home with you, etched in your memory forever.

“Congratulations again and we do hope to see you here in the future as we celebrate and acknowledge the brightest and best in the global hospitality industry.”

WTA was launched in 1993 to acknowledge and recognise excellence in the global travel and tourism industry.

Now celebrating its 19th anniversary, it is regarded as the very highest achievement that a travel product could hope to receive.

This global media partner network has a monthly readership of 1.7 million and a TV audience reach of 90 million.

For more info about WTA’s Caribbean & The Americas Ceremony 2012 visit the official website.