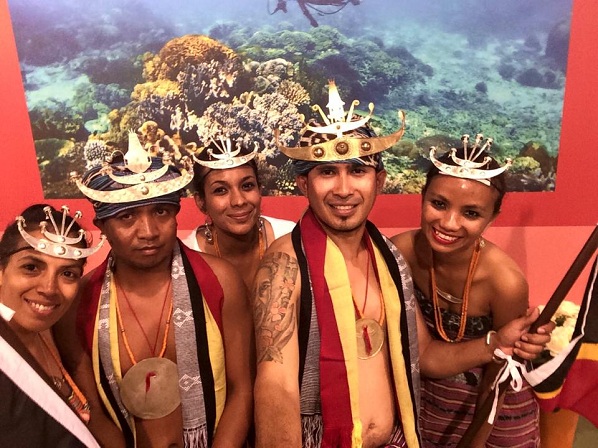 Celebrations on the Timor Leste stand at Expo Milano 2015

Timor Leste has been celebrating its independence anniversary at Expo Milano 2015.

The south-east Asian nation won its independence from Portugal for the second time on May 20th 2002, with the country since growing into a regional tourism power.

As one of the youngest countries in the world, East Timor is representing his natural beauty, culture, tourism and coffee in Expo Milan for all world-wide participants.

On this special occasion the whole country celebrates its independence with festivals of music, cultural, sports and parades.

The party continued at Expo Milano, where the representatives also celebrated with music, flowers and happiness with each visitor.

The pavilion was full of people all over the world and many had the possibility to get in touch with Timorese history and traditions.

After centuries of foreign rule, Timor-Leste has readied itself to be a full partner in what is shaping up as Asia’s century.