Punctuality on the railways reached 93.5% during Period 2, according to monthly performance data released today by Network Rail. 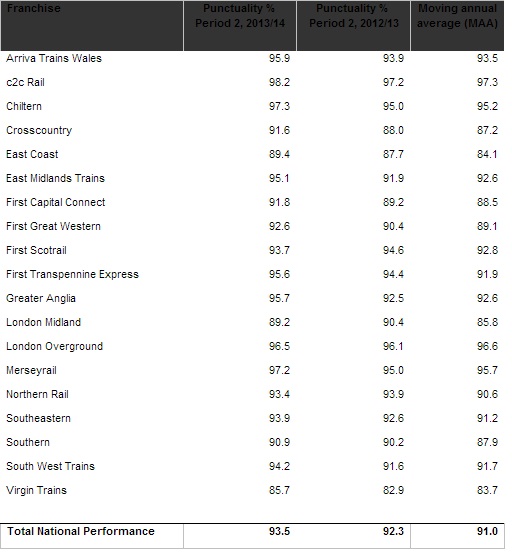