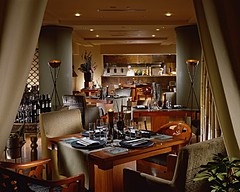 In addition, Chef Kenney will host cooking demonstrations for private classes of up to 20 participants on October 11, 12, 14 and 15 from 4:00 pm to 6:00 pm at Four Seasons Hotel Singapore. The Cooking Demo package includes cocktails, book signing and dinner tasting with Chef Kenney.

In 1994, he was named one of the Ten Best New Chefs in America by Food and Wine magazine, and has also received two James Beard Nominations for Rising Star Chef in America. In 1997, Kenney published his first highly acclaimed cookbook, Matthew Kenney’s Mediterranean Cooking.

After decades steeped in traditional cooking methods, Chef Kenney’s life changing experience started in 2002, which altered the course of his culinary career. He accompanied a friend to a raw vegan restaurant in New York City, where he was struck by the mental and physical clarity he felt upon dining. Truly inspired, Chef Kenney learned all he could about raw cuisine and organic ingredients, and in 2004 opened Pure Food and Wine in New York. What at first sounded like an unusual idea, took the culinary world by storm and became a wildly popular critical success.

After co-authoring Raw Food, Real World in 2005, a recipe and lifestyle book that has quickly become one of the leading references in the raw food movement, Chef Kenney’s latest book Everyday Raw Desserts will be published in August 2010, and will be followed by Everyday Raw Express and Raw Chocolate in 2011 and 2012, respectively.