Youth was the star of the second day of World Sport Destination Expo as a group of students from Alexandra township, Johannesburg, were awarded Certificates of Competence having successful worked as tour guides during the World Cup.

For this, the final week of the competition, the Johannesburg suburb has been welcoming 32 teams from around the globe to participate in the Football for Hope Festival – a tournament with a difference.

While the FIFA World Cup will bring together the greatest football teams on the planet, the Football for Hope Festival will assemble teams that represent the power of the game for social change.

Among the delegations will be organisations which use football to address ethnic violence in Israel and Palestine, environmental pollution in the slums of Kenya, HIV and Aids education in South Africa, landmine education in Cambodia and gang culture in Ecuador.

Each team comprises of boys and girls between 15 and 18-years-of-age and will battle it out in a specially constructed stadium in the Johannesburg suburb of Alexandra.

The winners will be confirmed on July 10th. 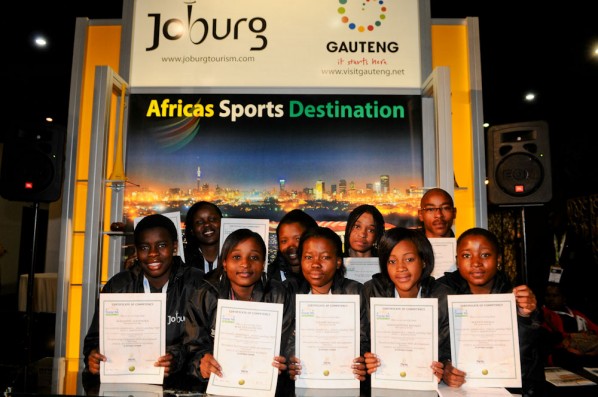 Football for Hope Festival learners from Alexandra with their Tourism Certificates

Although a remarkable event in itself, the Johannesburg Tourism Company (JTC) is also looking to build on the legacy of the Football for Hope Festival – helping Alexandra residents once the World Cup is over.

For the duration of the tournament, grade 11 and 12 school children from the suburb – one of the poorest in the city – have acted as tour guides to the visiting teams, sharing their knowledge about places of interest in their township.

After the World Cup it is hoped a number of these guides will become professionals – instilling residents with a sense of pride about their town.

Some of the volunteer tour guides were on hand today at World Sport Destination Expo to receive recognition of their achievements.

“This is such an exciting collaborative initiative, with potentially positive and far-reaching consequences,” explained JTC chief executive Lindiwe Kwele.

“When South Africa bid to host the 2010 FIFA World Cup, it was done on the basis that it leaves a lasting legacy not only for football, but also for poor communities.

“The inclusion of youth in tours of their own township - training them to be professional tour guides and encouraging positive talk about their community - promises to leave a lasting legacy that will improve pride and perceptions about Alexandra Township as a tourist destination, not only to outsiders,  but to them as residents as well.”

Together with the City of Johannesburg 2010 Office and the Gauteng Tourism Authority, the JTC spearheaded the initiative, in line with its mission to achieve shared and sustainable economic growth in the city. 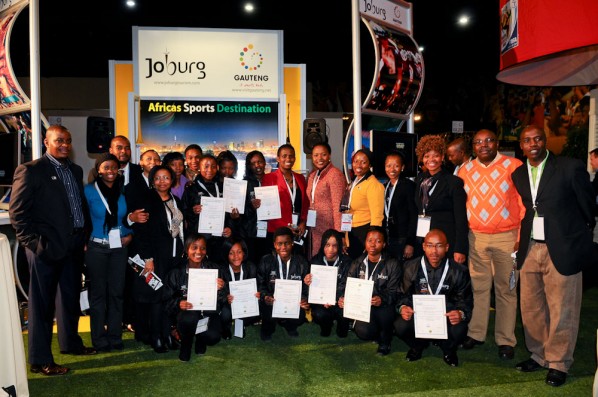 Kicking off in September last year, senior high school students from Merniva High School and the Kwa Bhekilanga Secondary School in Alex – and with an interest in following a career path in tourism – were invited to participate in the programme.

Some ten students – all of whom are studying tourism as a major subject were selected, having undergone a rigorous interview process with all three stakeholders.

“As residents of Alex, the students are ambassadors for the township, and other than earning the skill of being tour guides, this program will instill a sense of pride about their town, as well as recognition of the value of tourism in Alex,” added Kwele.