Costa Cruises has announced a new addition to its fleet - the Costa Voyager.

Costa Voyager, formally part of the Iberocruceros fleet, will offer guests 416 cabins in total, including 16 panoramic suites and 12 suites with private balconies.

The arrival of the Costa Voyager enhances the Italian company’s versatile fleet of ships, with a range of dimensions and differing characteristics, offering customers a series of brand new itineraries.

More specifically, the technical characteristics of the Costa Voyager make her especially suitable for cruises to the Red Sea, a relatively new destination for Costa Cruises and one that will be offered throughout 2012.

Costa Voyager’s first cruise will be a 15-day journey from Savona, departing on November 20th 2011.

Before entering into service for the Costa fleet, the ship will be undergoing renovation work at the San Giorgio shipyard in the Port of Genoa, from November 9th-19th 2011, costing an estimated €2.5 million. 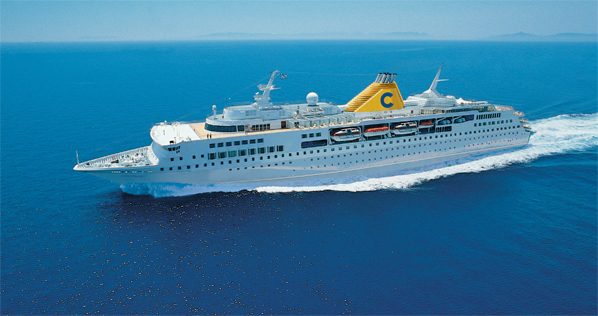 Once the work has been completed, Costa Voyager will begin to operate for the Costa Cruises fleet, offering the excellent Italian service that is a distinctive feature of Costa cruises.

The Costa Voyager will not be the only member of the Costa fleet in the Genoese shipyards.

From October 29th 2011 through until mid-February 2012, work is being carried out at the San Giorgio del Porto and T. Mariotti yards on the radical refurbishment of the Costa Romantica.

The €90 million restyling will turn her into a completely new ship; with the name changing to the Costa neoRomantica.