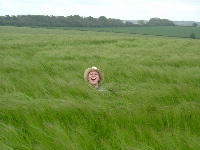 Travelroots founder Tom Savage has been short listed for the Daily Express Young Entrepreneur of the Year. Savage, 26, Travelroots’ founder and previously the founder of
conservation charity Blue Ventures, said: “I am surprised and delighted to be considered for this award, as I don’t fit in the ‘normal’ entrepreneur mould. I believe that it signifies that people are taking more notice of responsible travel and social entrepreneurs.”

The award, which form part of the Small Business Awards are recognised as the most prestigious awards of their kind in the UK. Actively supported by Government and leading business entrepreneurs such as Sir Richard Branson and Philip Green, they present a great opportunity for the best small businesses to be recognised amongst Britain’s elite.

Travelroots, which was founded earlier this year focuses on discovery and about putting something back as well as getting a better holiday. Travelroots coincides with growing concern for the environment, demonstrated through the G8 summit and the Commission for Africa. Eco-tourism aims to minimise the negative impact of tourism, and, where possible, actually help conserve the environment and preserve culture.
——-