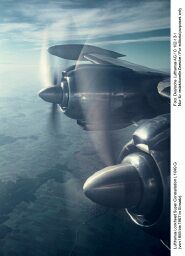 “Welcome on board our first
Lufthansa flight to New York. We’ll have a smooth and cloudless flight,”
was the greeting of Captain Eddie Wells to passengers on board Lufthansa’s
first scheduled North Atlantic flight. 20 First Class Passengers and 44
“Leisure Travelers” were able to take part in this historic moment in
aviation history. Captain Wells and a crew of 12 took off in Lockheed’s
1049 “Super G” Constellation aircraft from Hamburg, Germany, at 7:00 p.m.
on June 7, 1955. Following two short stops in Dusseldorf, Germany, and
Shannon, Ireland, the aircraft touched down at 9:50 a.m. local time on
June 8, 1955, at Idlewild Airport, today’s John F. Kennedy International.Just one month after beginning its first scheduled service to New York,
Lufthansa expanded with three flights weekly between New York and
Dusseldorf. That same month, another three weekly flights to Frankfurt
were added. At the time, Lufthansa offered connections to Munich, Cologne,
Bonn, Hamburg and within Europe to London, Paris and Madrid.

Captain Wells, an American, came from Trans World Airlines (TWA). In 1955,
German pilots were not trained to fly modern aircraft like the Super G
Constellation. Lufthansa therefore employed American pilots to train the
German pilots on the American-made aircraft, including the Lockheed 1049G,
which was used for the first flight to North America. The Super Connie
used in 1955 had a takeoff weight of almost 69 tons. For comparison, the
newest airliner in the skies—the Airbus A380—will have a takeoff
weight of about 560 tons.

In fifty years, the number of Lufthansa gateways has risen from 12 to 177
national and international destinations. The airline in 1955 carried just
74,000 passengers with a fleet of 11 aircraft, and in 2004 carried 50
million passengers with a fleet of 377 aircraft. Today Lufthansa is
Europe’s second- largest airline and the largest carrier of international
passengers worldwide. “Looking back into our history, we are proud to see
how far—both literally and figuratively—we have come. We are
celebrating this success with our employees all over the world, because
they are the ones who make the company what it is today,” said Thomas
Winkelmann, Vice President, The Americas.