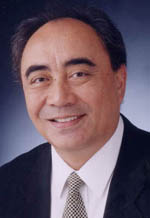 Continental Airlines, the second-largest U.S. airline with service to Latin America and the Caribbean,  will sponsor a Caribbean Media Exchange CMExPress workshop for media professionals, the travel and tourism industry, and the public and private sector on February 25 in Port of Spain, Trinidad and Tobago.Service to the Caribbean is an important part of Continental?s operations,? said Christy Rodgers, Senior Director, Latin America Sales, Continental Airlines. We are pleased to continue to support the CMExPress event, which provides a forum for sharing ways to strengthen sustainable tourism in the Caribbean region.?

Continental operates non-stop flights to 18 cities on 12 islands in the Caribbean from its international hubs at Newark Liberty International Airport and/or George Bush Intercontinental Airport in Houston.

“Continental Airlines’ support of the Caribbean Media Exchange series is one of those actions which enhances the ability of the region to take advantage of its most important industry,” said President of Counterpart International, Lelei LeLaulu.

“Tourism is the greatest mobilizer of people and an enlightened airline like Continental gives wings to people trying to make sustainable tourism a fixture in the Caribbean.” LeLaulu also thanked the carrier for ensuring that members of the Caribbean-American media could
attend the 8th CMEx meeting.
——-