Jason Henzell is something of an institution on the undiscovered and unexploited South Coast of Jamaica. He is a man that gives so much and asks only a little. The little that he asks for is to come together and help one another to achieve what is possible for a better way and quality of life. That is the way I saw him anyway. Jason runs, and owns, Jakes a beautiful boutique property full of character and charisma. The wonderfully abstract property is a piece of Jason’s mum’s vivid and colourful imagination. Speaking of his mother, Sally, Jason says; “My mother is the most creative person I know.” This is apparent from the truly original and eye catching nature of Jakes.Whilst I was at Jakes I got to see just how important Jason is to the community and how he pushes to achieve the best for those around, he sums up why he does this quite easily. “I have been driven to do work in my community as I did not grow up in a rich family and was exposed to the lack of facilities and opportunities that exist in smaller rural communities in Jamaica. I believe that if you can help your fellow man, you should. A lot of people with money, where born with money, so do not relate to how the poor live. Kind of like the Bob Marley lyric ‘who feels it knows it lord’.”

I dined with Jason at Jakes and we discussed the virtues of community work whilst feasting on a menu of traditional Jamaican fare. Jason mentioned that he has been holding a clinic at the local hospital assisted by a team of Doctors from the US army and Peace Corp. He told me how troops were supplying medical aid that would normally be unobtainable for the local community. The troops were on hand for two weeks and in that time treated around 300 patients per day ranging from young to old.

“Perhaps you would like to come and see for yourself?” asked Jason. “No problem what time are we leaving?” I replied. A brief silence. “Around 6am.” Another brief silence, then I coyly agreed.

We set off at around 6am the morning after. My eyes were heavy and my brain asking, “Are you sure this was such a good idea??” I hoped so! We piled into Jason’s 4x4 and set off for the drive to the clinic. In the van with us were a couple of Jason’s employee’s. The gentlemen were reaching, shall we say the prime of their lives, and nature was perhaps being a little less kind to their being then it had in their youth. One was in need of some eye care the other needed some help with his teeth. Jason was going to make sure they didn’t miss out. The two gentlemen had nothing but kind words to say of their boss. “Jason is a great man, the world could do with a few more like him” said one, “ya mon” approved his friend. How kind can a man be who wakes his guests at 6am I pondered?!

As we were pulling off Jason pointed out the ambulance that he had mentioned at dinner. It was shiny and new and rather different from most of the ambulances I had seen before in Jamaica. He explained; “We got the Ambulance due to fundraisers done by ISEC (International Society for Emergency Care). The doctors, mainly from Bellevue Hospital in New York hosted a fund raiser by renting a boat on the Hudson River and selling tickets. They served Jamaican food and played Jamaican music, it was a huge success.” It is efforts like this that assist Jason’s vision. Without team work such as this the whole process would be unsuccessful.

We drove the windy county roads to the clinic. Along the way school children, all in uniform, walked the same path on their way to education. “I use to walk 8 miles to school and 8 miles back again when I was a boy” claimed one passenger. I realised then what a different world I was in. Jamaica really isn’t just a beach at all.

We were held up for a while by possibly the oldest and most decrepit bus I have ever seen on my travels. It was packed to the rafters with school goers and omitted a rather nauseating thick smoke from its backside. It was a wonder how it was getting up the hills at all. At some points it was barely breaking 10 KPH!

On arrival at the clinic the sun was already hot and the crowd had already begun to build. People were appearing by the second. I helped move the supplies in and set up for the day’s clinic. This in itself was a massive operation. Trucks pulled up and the doctors spilled in bringing with them much needed medication.

I quizzed one of the troops to what was the most common aliment that they were coming across.

“The most common thing that we have been picking up on are cases of arthritis. The people here work the land; there is a huge farming background on the South Coast. Because of the intensive labour we are finding a lot of worn down joints and severe cases of arthritis.”

The crowds continued to swell and soon the ground outside was covered. The system was one of numbered tickets, with those who were missed yesterday first today. It was amazing how order was kept, but it was. The team were, it has to be said, incredible.

I grabbed Jason to find out more about the famous B.R.E.D.S project. The hospital was now in full swing. “B.R.E.D.S is powered by only seven directors but we call in stakeholders from the community to discuss other issues at times. I am the Chairman and other directors are Darin James - Businessman, Moreen Powell - Shopkeeper and Guesthouse operator, Norma Moxam - Principal of Sandy Bank Primary School, Celest Anderson - Guesthouse operator, Sheila Hamilton - Justice of the Peace and Tanya Parchment-Brown - Accountant.”

But just what has B.R.E.D.S done to really effect the surrounding community?

All in all everybody was benefiting from the well prepared and well managed project.

When you meet Jason you know innately that he is a good hearted fellow. It some what expels from his being. After talking with him it is clear of his intentions, to better what is around him via integration of all whom are involved. We move on to what Jason would like to see occur in the future in and around Treasure Beach.

“I believe in zoning and think the South Coast of Jamaica should be zoned for sustainable development only. Small hotels which have an environmental program and a community outreach program. Incentives should be developed to encourage this type of development.” Once again Jason indicates his passion for preserving Treasure Beach. He wants to keep it pure and the way Jamaica used to be.

Treasure Beach is just that, a piece of history preserved. It is as if somewhere time has stood still allowing for this remarkable and truly wonderful location to maintain itself the way it wants to. There is an aura, a feeling of calm and spirituality. If Jason’s desire to ‘Zone’ the area as sustainable only then perhaps the forceful nature of the larger chains could spoil the balance and turn the South Coast into another 7 mile beach?

It is important that mass tourism does not invade this part of Jamaica as it may well destroy a living, breathing piece of history.

As we clambered back into the 4x4 and started to head back to Jakes we stumbled on the subject of one Chris Blackwell. A long time hero of mine and seemingly an inspiration to Jason.

“Chris Blackwell is one of the people who inspire me. Chris describes Jakes as Millie Small and My boy Lollypop. Here was this barefoot country girl who nobody had any expectations of, who came out with a #1 hit single that took the world by storm. Chris takes gambles on things that he believes in. He supports unusual things and usually the underdog.” 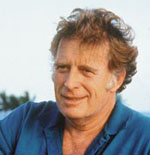 “He promoted Bob Marley to the point where he is one of the legends of all time, with a message of love and life that will only become more relevant as time goes on. Chris truly deserved that award.”

So just how did Chris get involved with Jakes?

“He invited Jakes to be a part of Island Outpost from a sketch of one building which was done of a cigarette box. Island Outpost is going to be the most unique collection of boutique hotels in the Caribbean.”

We continued on our journey back to the magical Jakes, the country whizzing gently past. Vibrant colours and sparkling water on the horizon, small shacks and little more. Fingers crossed that’s the way this inspirational part of the world will stay. If Jason Henzell has anything to do with it then its possible Treasure Beach will remain the gem it shines.