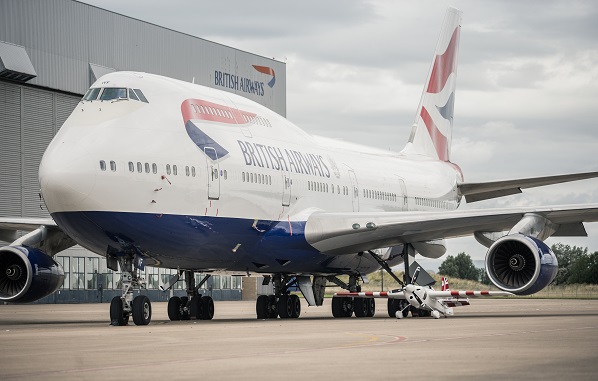 Red Bull Air Race pilot and British Airways 747 Captain Paul Bonhomme will fly the flag for Britain when he defends his 2014 UK win at Ascot Racecourse on August 15th and 16th, 2015.

Captain Bonhomme is the most successful pilot in the history of the Red Bull Air Race and is a double World Champion.

He is one of the most experienced pilots in the championship series on the circuit and is the only one to have competed in every race since it began in 2003.

The air ace is also an experienced British Airways Captain who started his career at the airline in 1988.
Bonhomme has flying in his blood.

His father was a pilot, his mother was a cabin crew member and his brother Steven is also a Captain with British Airways.


Watch as Bonhomme flies his single-seat race plane, including a fly-past of his massive 345 seat, four-engine British Airways 747 Jumbo Jet parked at the airline’s maintenance base in Cardiff

Bonhomme, said: “I’ve been very lucky to have experienced a wide range of flying and aircraft since gaining my licence when I was 18.

“While there are some obvious differences between my commercial and race flying, there are also a lot of similarities such as huge amounts of preparation, team work and above all a focus on safety.

“As a Brit there’s definitely something extra special about racing in the UK and I cannot wait to race again at Ascot this year.”

British Airways flies to several destinations on the international Red Bull Air Race season including Abu Dhabi, Las Vegas and Dallas-Fort-Worth, the last of which is served by the airline’s 747s which Captain Bonhomme flies.