Taking place at the newly built Kigali Convention Centre, the gathering is the only dedicated air service development event for Africa, taking place on the African continent in 2017.

“It is appropriate that we are here in a country that places such emphasis on aviation as a means of economic development,” Howell said.

“This is a success story that continues to be written.”

In his opening remarks he said this was a positive time for aviation in Africa.

“We come together at a time when the African aviation market is growing,” he continued.

“IATA predicts that all of the top ten fastest growing aviation markets in the next 20 years will all be in Africa.

“This is something that brings great cause for optimism.”

However, this is from a low base, Howell pointed out, with only three per cent of global aviation originating on the continent, despite being home to 15 per cent of the world’s population.

He also pointed to problems, including poor infrastructure, government intransience, and a feeling route decision are not taken solely based on commercial considerations, that slow development.

But Howell also suggested there should now be a focus on opportunities, not challenges.

He pointed to successes in recent years, for example making African skies safer, with zero hull-loss accidents on the continent in 2016.

There are also new airlines springing up, with Jet Afrique and JetWest both recently entering the market. 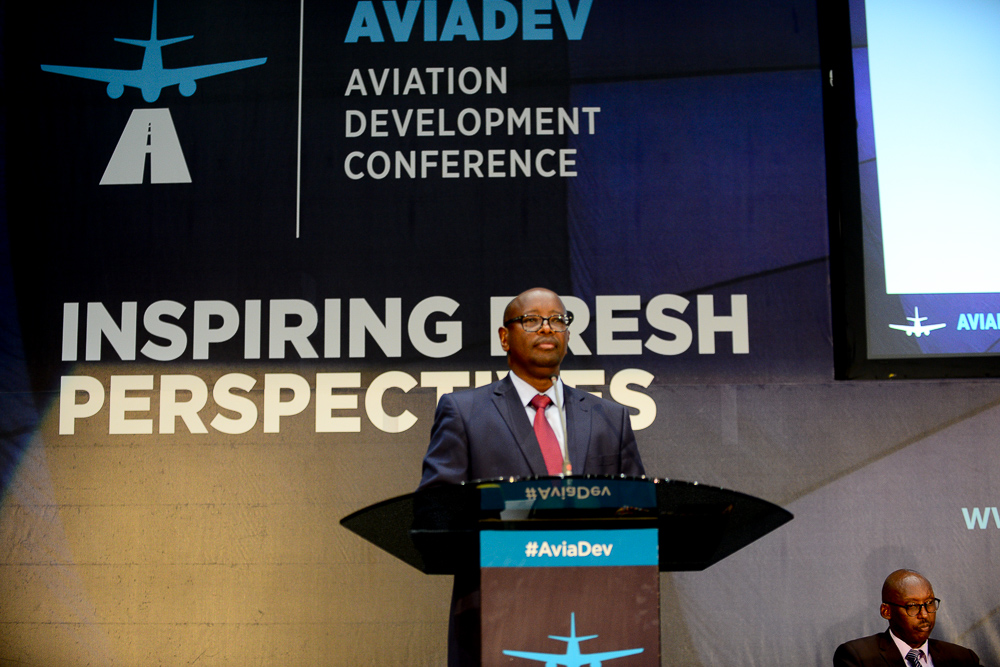 James Musoni, minister of infrastructure for Rwanda, was also on hand to welcome delegates to the event.

“The aviation industry is very important for the social economy development of every continent,” he said.

“It is a force for economic transformation for Rwanda.

“The aviation sector is considered by Rwanda as a pillar for economy development, key to boosting the tourism sector, particularly in the meetings, incentives, convention, and events sector.”

Musoni also pointed to the development of RwandAir, which is currently undergoing a rapid expansion.

The carrier is poised to reap the benefits form the 2015 Yamoussoukro Decision, paving the way for an Open Skies agreement across Africa, he said.

Musoni also urged others to seize the opportunities offered by this development.

AviaDev is focused on building air connectivity between African nations as well as connecting Africa to the world.

The event facilitates this process via pre-arranged meetings, interactive workshops, an exhibition and networking events.

Find out more about the event on the official website.