However, what’s also notable is that Twitter is stronger on average with the younger audience – the same one that TV nets and advertisers covet. Overall it’s younger than Facebook, which is graying. Still, pound for pound I am sure Facebook has more consumers in the same demo given its girth …

This also explains why Twitter users like current events and culture. For more, see the PDF from Pew embedded below. 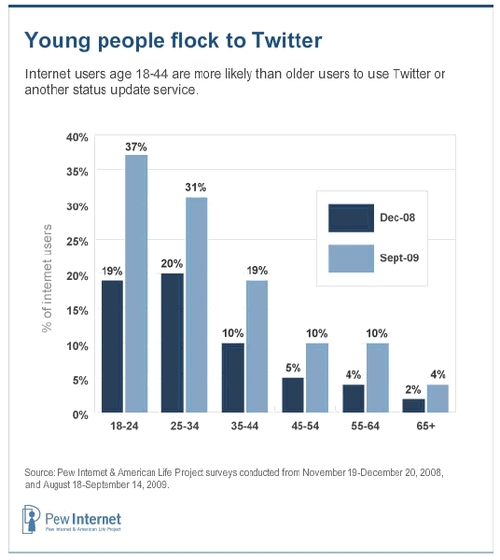 Some of the latest statistics on social network users by The Pew Internet for the American Life Project with commentary by Steve Rubel. The shifts in both Twitter and Facebook are quite interesting.

Posted via web  from JEBstream