Starwood Hotels & Resorts has confirmed it will strengthen its position as the leading hotel operator in the Middle East and North Africa (MENA) region with an existing portfolio of nearly 70 hotels and a pipeline of 40 new hotels.

This growth, primarily in the luxury and upper-upscale segments, represents an increase of nearly 60 per cent over the next five years.

In the past 18 months, Starwood has debuted six new hotels throughout MENA and momentum continues in the region where the company has recently inked deals for ten additional hotels.

“Despite economic and political uncertainty in parts of the region, Starwood continues to see demand for growth of all of our brands across the Middle East and North Africa,” said Frits van Paasschen, president and chief executive, Starwood Hotels.

“When you consider that the region has 35 metropolitan areas with a population of over one million, and many with a wealthy middle class, there’s huge long-term potential for internationally-branded luxury and upper-upscale hotels.” 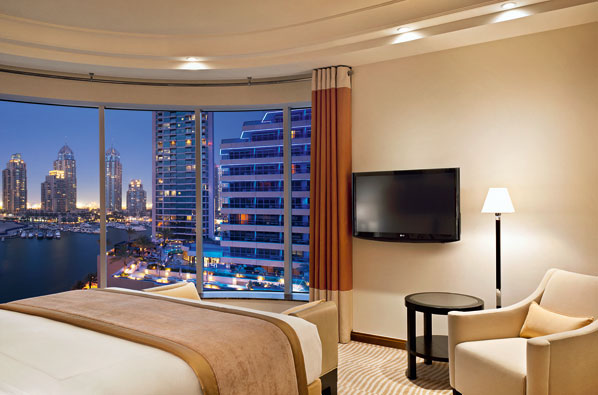 With the openings of six new hotels under five of the company’s unique and compelling lifestyle brands, Starwood has marked a number of key milestones in MENA over the past 18 months, including:

Starwood continues its rapid growth in 2012 with further expansion in key markets, including Saudi Arabia where the company will debut two hotels later this year: the Sheraton Medina and Four Points by Sheraton Medina.

Both hotels combined will add nearly 500 rooms to the Holy City and increase Starwood’s portfolio to 12 hotels in the country.

“Thanks to Starwood’s long history in the region, which dates back to the opening of Sheraton Kuwait Hotel & Towers in 1966, the company is well positioned to take full advantage of growth,” said Roeland Vos, president of Starwood Hotels & Resorts, Europe, Africa & Middle East.

“MENA continues to evolve as an international business and leisure travel hub. With the number of tourists travelling to the region expected to double from nearly 80 million last year to 195 million by 2030, MENA is one of the most attractive growth markets in the world.”

With more than 70 per cent of the world’s economic growth coming from fast-growing markets over the next few years, Starwood is focused on expansion in developing markets such as the UAE, Saudi Arabia and Algeria as well as key emerging markets including Iraq, Tajikistan and Pakistan.

As part of this strategy, Starwood has recently confirmed ten hotel projects in the region:

Underscoring the importance of the region as one of Starwood’s fastest growing hotel and travel markets, the company will welcome its top 100 global executives to Dubai for its annual leadership conference May 9th-11th, 2012.

As part of the conference, Starwood’s most senior global executives will meet with hotel owners, customers and investors and hold strategic planning sessions.

This marks the first time the leadership conference takes place in the Middle East and will take place at Grosvenor House Dubai.

The event is just the latest in a string of high profile accomplishments of the Grosvenor House, Dubai, which was recently recognised as Middle East’s Leading Luxury Hotel & Residences by the World Travel Awards.

The property, which recently doubled in size following the opening of Tower Two, also took the title of Dubai’s Leading Business Hotel.

Take a Virtual Tour of the hotel here.