Dubai hospitality success story Pam Wilby has been named ‘General Manager of the Year’ by the World Travel Awards, just three months after Grosvenor House, Dubai added its second tower, more than doubling the capacity of the iconic luxury property.

Wilby was among the world’s top travel and tourism professionals who were honoured for their outstanding achievements, unfaltering dedication and pioneering vision at the World Travel Awards Grand Final that took place in Qatar, Doha.

As the complex general manager of the acclaimed Grosvenor House and Le Royal Meridien Beach Resort & Spa, Wilby certainly has her work cut out.

Between them, the properties now offer 1,200 guest rooms and have earned themselves a reputation as being among the top hotels in Dubai for leisure and business travellers and a nightlife hub, with a wonderful selection of entertainment and cuisine. 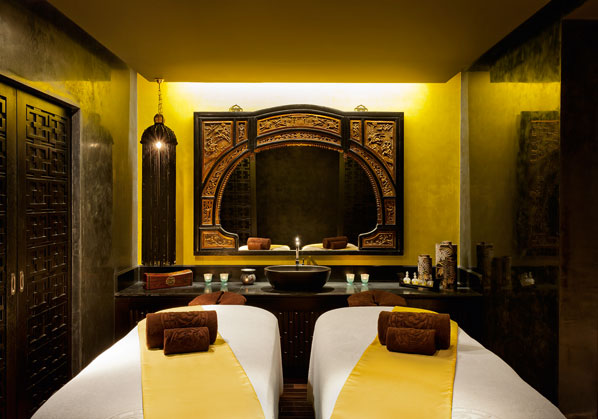 Commenting on scooping an award for the general manager of the year, Wilby said she was both surprised and nervous and thanked her team, who she said kept her going.

“I couldn’t have done it without having a fantastic team,” Wilby told Breaking Travel News.

“I have a huge team now of 1,500 staff between the two properties and they keep me going.

“They keep me feeling young, innovative, and creative and I think that’s what it’s all about,” she added.

Over the past four years, Wilby has led the creation of five new outlets at the recently opened expansion to the Grosvenor House, Tower Two.

Created in partnership with industry leading experts such as Gary Rhodes, Tower Two is a symmetrical 45-story tower which adds 323 rooms, suites and apartment suites to the hotel’s inventory, including an exclusive ladies-only wing.

“Four years in the making, project Tower Two has been a major milestone for the Grosvenor House,” Wilby explains.

“The great thing is the trust that the owner has in us as a team.

“We are very much left alone to do what we think is best.

“And the team and I just sit together and think of what we can do differently and what outlets we want.

“I have a spa that is just magical which I did through the Buddha Bar people,” Wilby continued.

Tower Two looks set to follow in the footsteps of the Grosvenor House, which has established itself as an evening hotspot for Dubai’s residents and tourists, with its exceptional choice of dining experience with 12 world class restaurants and bars to choose from, including Dubai’s only Buddha bar.

Wilby has previously estimated that this accounts for up to 40 per cent of revenue for the Grosvenor – and emphasises the fact that Grosvenor restaurants are about ‘ambience’ and ‘experience’ rather than just cuisine. 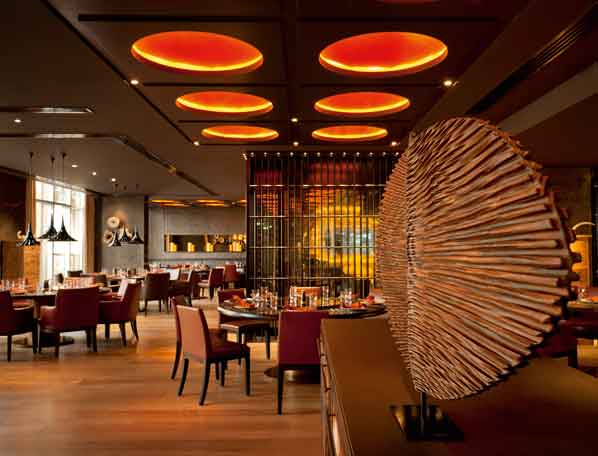 “I think one of the things we have been done together as a team is brought all these culinary experiences into Dubai and we did it first.

“They are what have made the Grosvenor House very different,” she explains.

Wilby also collected a selection of top honours for the hotels in which she has dedicated so much of her energy, love and vision since first arriving in Dubai in 1993, as the deputy manager of the group.

Both the Grosvenor House and Le Royal Meridien have always set themselves apart, with superior offerings, amenities and exceptional service levels.

Starwood’s The Luxury Collection brand, which debuted in the United Arab Emirates in February 2011 with the addition of Grosvenor House, was also named World’s Leading Luxury Hotel Brand. 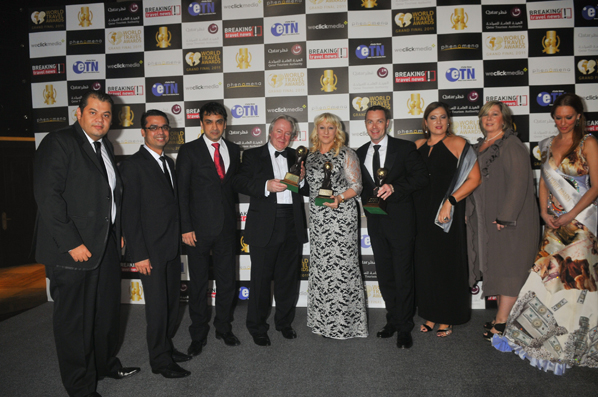 Wilby has had a colourful career which began in London where she qualified and worked as a nurse and also includes working as a receptionist at Heathrow London.

She added: “I took on role as deputy manager (of the Grosvenor House) in 1993.

In terms of goals, Wilby revealed that she takes each day as it comes, but wants to continue investing her efforts into both the hotels and Dubai.

She commented: “I take one day at a time. I never thought I would be the GM. I’ve been on a rollercoaster. I want to do as much as I can to help my hotels as well as Dubai. I feel privileged and proud to be a part of the journey in Dubai.”