Halfway between Gibraltar on the tip of the Iberian Peninsula to the west, and the Egyptian port of Alexandria to the east, Malta has for centuries been a crossroads for civilisation. On a clear day Sicily is visible to the north, while Africa is a short sail to the south, making the islands a perfect sanctuary for ships looking to trade. Benefiting from the natural harbour at Valletta, its geographical position has allowed Malta, which has few natural resources outside of stone, to growth wealthy.

But there have also been costs.

Over the centuries, the Phoenicians, Carthaginians, Romans, Byzantines, Arabs, Normans and Spanish all ruled Malta for varying lengths of time. Perhaps most famously St. Paul, who was on his way to Rome as a prisoner, was shipwrecked here AD58. He stayed for three months and begun the conversion to Christianity. Today this legacy is hard to miss, giving the islands the Knights of Malta and its famous eight-pointed cross.

In 1798, the French under Napoleon took Malta on their way to Egypt. The first landings were right next to the watchtower in the grounds of what is today the Corinthia Hotel St George’s Bay. French rule, however, was just a brief two-year interlude before the British took the island in 1800.

After more than 150 years or rule – during which time the islands played a vital role in the British war effort – Malta gained its independence in 1964, became a republic 1974 and joined the EU in 2004. 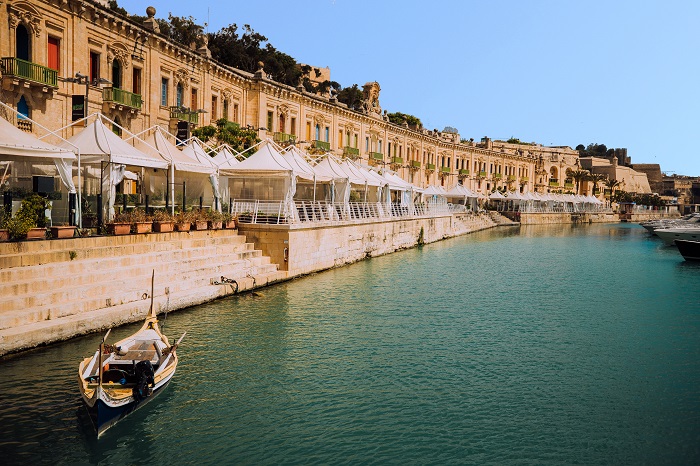 Following independence and the departure of the British Navy, the economy has found a new focus in tourism.

The country - which is just 316 km² - welcomed 2.3 million overnight visitors in 2017, up 16 per cent on the previous year. Key markers include the UK, Italy, France, Germany and, increasingly, Scandinavia. Many hundreds of thousands of cruise passengers also visit for the day each summer. Total tourism expenditure was €1.9 billion last year, up 14 per cent on 2016, accounting for nearly 20 per cent of GDP. Tourism accounts for around 30,000 jobs, with the peak season running from April-September.

According to the World Travel & Tourism Council, Maltese investment in tourism stood at €231 million in 2016, some 11 per cent of total investment. This figure should rise by 3.4 per cent per annum over the next ten years, to €332 million in 2027, or 12 per cent of the total.

On an island of just over 400,000 inhabitants there might be some friction expected with the local population. Yet, there has been no sign of the ‘overtourism’ reported in Barcelona, Iceland and elsewhere.

“For generations we Maltese have grown used to welcoming outsiders, giving them the hospitality,” explains local tourism expert Clive Cortis. “This has given us the skills needed to capitalise on this latest wave of travellers. For centuries they have arrived, often trading, occasionally conquering, and frequently remaining. Today, at least tourists pay their way.”

The tourism sector was originally focused on St. Julian’s, where the largest resorts are still located. More recently, the hospitality sector has spread across the island, with accommodation today available in all but the smallest villages. Emphasis is still placed on appealing to sun seekers, but there is a growing understanding of culture as a tourism product, with more than 600 churches open to the public, for example. To the north-west there are sandy beaches, in the Golden Bay area, while the island then slopes down toward the east, where the sea meets the land in a series of jagged, rocky beaches.

The British influence can still be found in the local cuisine. While many Mediterranean destinations focus on light, fish-led meals, the Maltese prefer the heavier red meats – veal, rabbit, beef, and venison. Check out Bahia or Diar il Bniet for excellent meals cooked with local character. For a final flourish, order an bajtra liqueur to accompany – you won’t be disappointed. 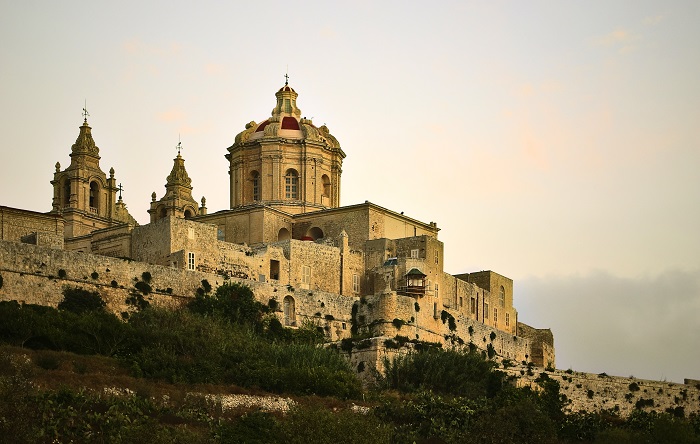 So where do these millions of tourists go once they are in Malta?

Top of the agenda for many is Mdina and its suburb Rabat. Malta’s medieval capital, the roots of the town can be traced back more than 4,000 years. Still home to a population of just over 200, mainly composed of local nobility, guests can see their impressive palaces as they walk the narrow, shady streets. Mdina is one of Europe’s finest examples of an ancient walled city and unusual in its mix of medieval and Baroque architecture. For those looking to stay, the Xara Palace Hotel is a unique 17th-century property hidden away in the fortified city.

There is a moat around the old town – but this being Malta it has always been dry, as there are no rivers or lakes on the Maltese islands.

Malta caters predominantly to an older generation of travellers, those who wish to sample the delights of its many ancient wonders. For these visitors, another must see are the St. Pauls’ Catacombs. A fascinating labyrinth of third-century subterranean tombs, they are the earliest archaeological evidence of Christianity in Malta. The few surviving murals, although fragmentary, constitute the only surviving evidence on Malta of painting from this period.

Tucked in a hollow in the cliffs on Malta’s southern coast, the Hagar Qim and Mnajdra Temples are probably the most atmospheric of all Malta’s temples. They lie in an isolated position on a rugged stretch of coast over-looking the isle of Filfla. The surrounding area is a designated Heritage Park. If you have more than a couple days in Malta, a visit to Gozo is highly advisable. In terms of accommodation it is a niche market, with a number of small, family run guesthouses, so it can be worth taking the ferry across for a day of sightseeing. Running every 45 minutes, the ride costs €4.65 and takes 20 or so minutes. With views over Comino (the third island that makes up the Maltese Islands proper) it is an eye-opening experience.

Here you will find stunning bays that hug the sparkling crystal-clear waters of the Mediterranean, topographical cliffs that rise from the gentle sea, and beautiful sandy beaches open up the landscape. An untouched countryside dotted with villages, majestic churches,and farmsteads is also a draw for visitors. Perhaps the most impressive church is that of Church of St. John the Baptist in the village of Xewkija, while for a more of a natural spectacle head to the Dwerja and the famous Inland Sea.

Ġgantija - the oldest freestanding structure in the world is another highlight. Guides will never tire of telling travellers, especially British travellers, that the site predates Stonehenge by several hundred years.

Saving perhaps the best till last, the capital of Malta, Valletta, has a host of attractions for the visitor. More than 110,000 people attended an opening party when the city took its place as the European Capital of Culture in January. The cultural programme continues throughout the year with festivals, exhibitions and events - but you might have to look for it as the city seems to be keeping a lower profile with the event than some former hosts.

Valletta is often described as a city built by gentlemen for gentlemen – however, this is not the case. While it might look beautiful today, it belies its military history. The streets are straight to allow a better shot at invading armies, while there are barracks, artillery placings, and hospitals aplenty – this is a city design to kill invaders.

Today, however, the wall around the edge is a place where movies are shot, rather than people. The beautifully restored Valletta Waterfront is in itself of great historical value and heritage, dating back more than 250 years. Nowadays, apart from serving as a port for Malta’s lucrative cruise business, the area is also has a concentration of upmarket bars, retail outlets and restaurants after a recent thorough restoration process.

Of course, no visit would be complete without a visit to St John’s Co-Cathedral. The jaw dropping interior elaborately adorned by Mattia Preti is widely considered to be the best example of baroque style anywhere in Europe. The magnificent Cathedral is also home to the only signed work and largest painting by Caravaggio.

Those with a little more time might also like to take a Dghajsa trip across the harbour to The Three Cities. A typical Maltese gondola shaped boat, they are used extensively at the Grand Harbour to ferry sailors and seamen ashore. On the other side, the Three Cities is a collective description of the three fortified cities of Birgu, Senglea and Cospicua. The oldest of the three is Birgu, which has existed since the Middle Ages.

Malta is an archipelago in the central Mediterranean. Comprising three main islands – Malta, Comino and Gozo – Malta is known for its history, culture and temples dating back over 7,000 years. In addition to its fortresses, megalithic temples and burial chambers, Malta is blessed with nearly 3,000 hours of sunshine every year. The archipelago is famous for its diving, which attracts aficionados from around the world, while the nightlife and music festival scene attract a younger demographic of traveller.

Malta is a short three and a quarter hour flight from the UK, with daily departures from all major airports across the country.