“They are like royalty to us, and this is as close as we get,” says one excited fan as we wait in the lobby of the Vale Resort in Hensol.

It is only a few hours to kick off in the Six Nations and 50 or so supporters have gathered to wish the Welsh rugby union team well before their departure to the Principality Stadium.

The team bus lingers outside in expectation.

The squad had spent the previous day preparing at the resort, just twenty minutes outside the capital on the outskirts of Cardiff, and are now on route to meet Scotland in the opening encounter of the 2018 tournament.

The Vale is the perfect place to prepare, and indeed the hotel itself is something of an institution in Welsh sport.

Regularly base to the Cardiff rugby team, it is nestled away in over 650 acres of beautiful Welsh countryside and offers more than 140 bedrooms.

For those in search of relaxation, the Vale Spa has 19 treatment rooms and six bespoke relaxation zones.

These include the ‘chill-out’ zone with leather sofas and magazines, the ‘float’ zone, with water beds and water feature, and the ‘slumber’ zone, with low lighting and quilts.

The top titles catapulted the four-star hotel and leisure venue in the Vale of Glamorgan into the international spotlight.

Stephanie Metson, marketing manager at the Vale Resort, explains: “The World Travel Awards is a prestigious global brand that is recognised as a benchmark of quality and excellence in the travel and tourism industry.

“For the Vale Resort to be named in two different award categories in the same year is an outstanding achievement and a testament to the hard work of all of our staff.

“We have always said that our hotel, with its two championship golf courses located in 650 acres of beautiful Welsh countryside, so it is an honour to have this recognised.

“Likewise, we know our Vale Spa, which is Wales’ largest spa, offers a unique and luxurious experience for customers that sets us apart from the competition.

“We pride ourselves on putting our customers at the heart of everything we do to ensure they have a memorable experience every time they visit.

“These awards will inspire us to maintain our high standards, so we continue to excel.” Compact, but with plenty to offer, Cardiff makes for a great city break destination

Following the footsteps of the team into town and it is easy to navigate Cardiff City Centre.

We were only in town for one night, but with the stadium, central shopping and entertainment areas, and famous Cardiff Castle all within a few hundred metres of each other, the city is kind to visitors.

At the epicentre of it all it the Principality Stadium.

The home of Welsh rugby union, as well as a number of box office sporting events, including the upcoming heavyweight boxing showdown between Anthony Joshua and Joseph Parker, it is a magnificent stadium.

Mingling with the crowds in the build up to the main event, it is easy to get lost in the Welsh sense of national pride.

There is no ambiguity in waving the Y Ddraig Goch ahead of a sporting showdown (as there might be with a St. George’s Cross, for example) and the feeling is of celebration and civic virtue.

Making our way inside, and the Six Nations has certainly learned a lesson or two from the NFL visits to London.

By the time the first whistle blows the stadium is caldron of excitement and the team do not disappoint.

Wales run in two tries in the opening minutes as their opponents Scotland seem overwhelmed by the occasion and go on to win 34-7.

Rugby fans are not divided by affiliation when it comes to seating and there is light hearted rivalry among the opposing sets of supporters, a world away from the sometimes-tense atmosphere in football stadiums.

You can also take beer to your seats – another novelty for football fans – though it didn’t seem to bring much cheer to the Scotland fans sitting near us at the close of the match.

With only a handful of home internationals each year in Wales, each is celebrated with almost religious zeal and the Six Nations is surely one of Welsh sporting tourism’s crown jewels. 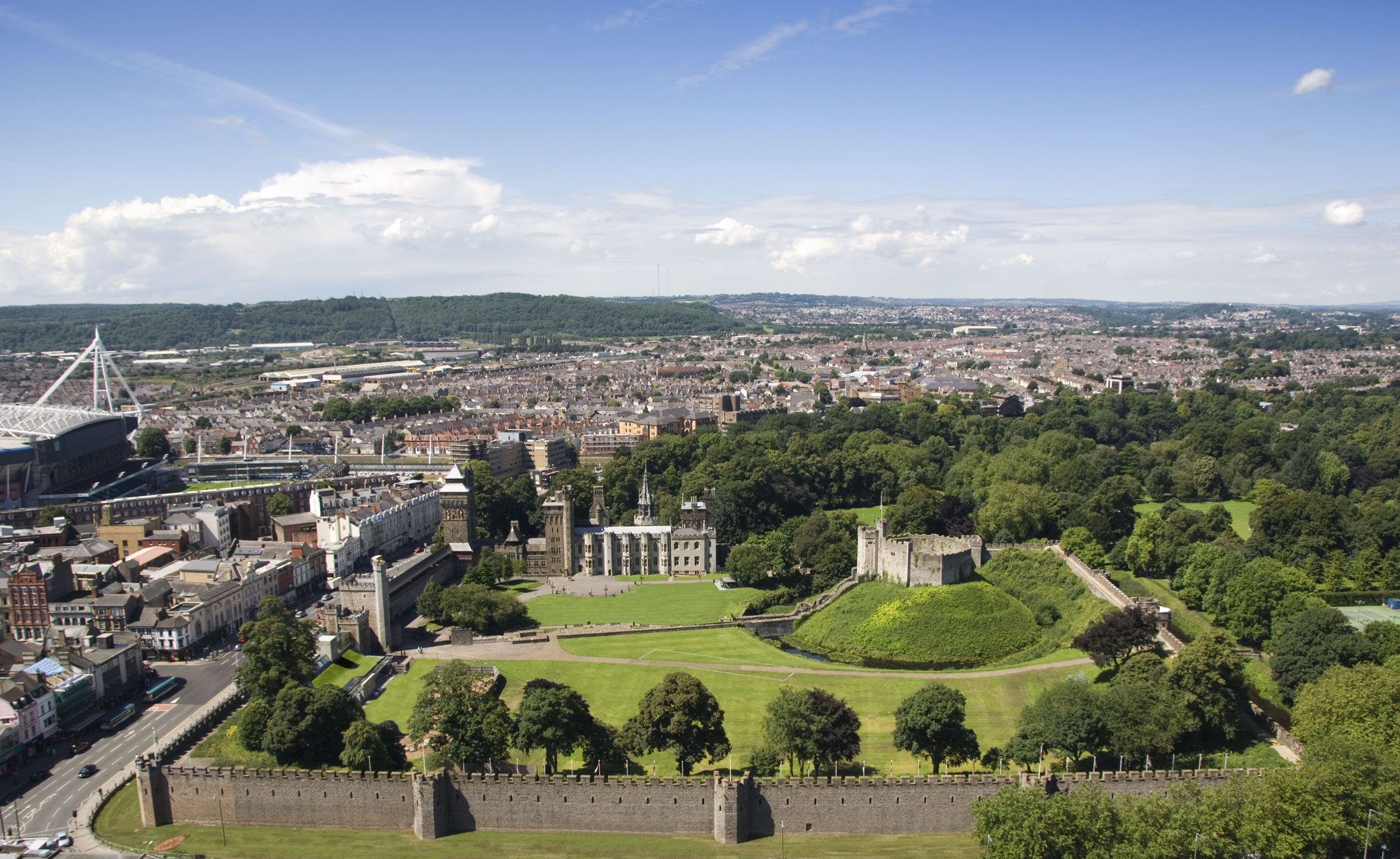 Cardiff Castle will be the highlight of any visit

If rugby is not your thing, Cardiff this year takes centre stage as the Volvo Ocean Race stops in the UK for the first time in over a decade.

The former industrial port of Cardiff Bay will host the race for the first time.

Sports fans are invited to visit from May 27th-June 10th and can expect a carnival-like atmosphere as teams head to the port.

Spectators will also be able to get a first-hand taste of the race with a new “pit lane” experience.

The race’s concept is simple: it’s a round-the-world pursuit, the ultimate ocean-based marathon, pitting the sport’s best sailors against each other across the world’s toughest waters.

Certainly something to look forward to.

Close by Cardiff Castle is one of Wales’ leading heritage attractions, located within beautiful parkland and in the heart of the capital city.

Head to the stunning castle in Cardiff to soak up the city’s history, enjoy an afternoon on the tour, a trip to the café or simply just admire the castle from afar.

Partnership for Growth, the Welsh government strategy for tourism 2013-2020, outlines some ambitious growth targets for the sector in the country.

Tourism spend in Wales currently amounts to around £4.5 billion.

That represents a tourism gross value added of £1.8 billion or a 4.4 per cent contribution to the Welsh economy.

By 2020 Visit Wales want that to grow by ten per cent.