How does a hotel become an institution, a landmark?

That is the question facing Thomas Kochs, who has been appointed managing director at the Corinthia Hotel London.

The British capital has a number of iconic properties – The Savoy, The Ritz, Claridge’s, The Lanesborough and The Langham, to name but just a few.

But how to join this exalted company, what does it take?

Speaking to Breaking Travel News, Kochs explains his ambitions: “I do think it is time for this hotel to acknowledge it is not opening anymore; it is not new anymore.

“It is established in London, everybody knows we are here, and we are performing very well.

“With this mind set, I hope we can show a certain confidence, a confidence that the customers will benefit from.

“They don’t expect insecurity; they expect a confident, effortless, service team that knows what a luxury hotel should look and feel like.” 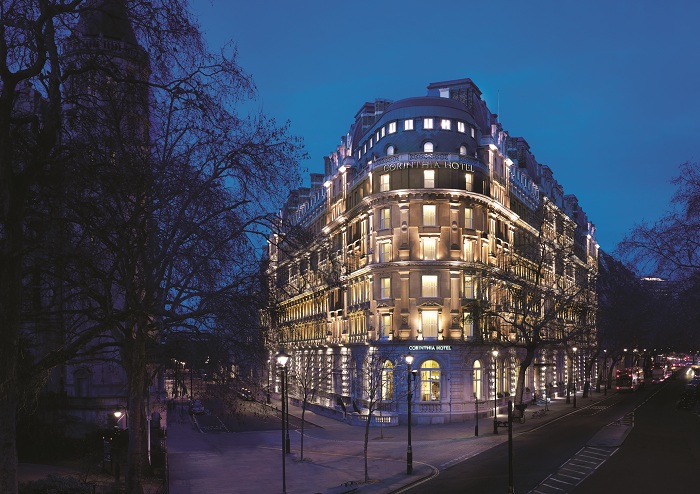 Flag-ship of the 12-strong, Maltese-owned Corinthia group, the property was opened just five years ago to rapturous reviews.

And it certainly has the facilities to compete with the very best.

A classic ‘Grand Hotel’, built to 21st century specifications, it is housed within a building that has stood on Whitehall Place for over a century.

On entry, the ground floor offering includes the elegant British restaurant The Northall, the vibrant Massimo Restaurant & Bar and the musically-inspired Bassoon Bar.

At the heart of it all is the Crystal Moon Lounge, where guests can take afternoon tea or enjoy an evening cocktail. 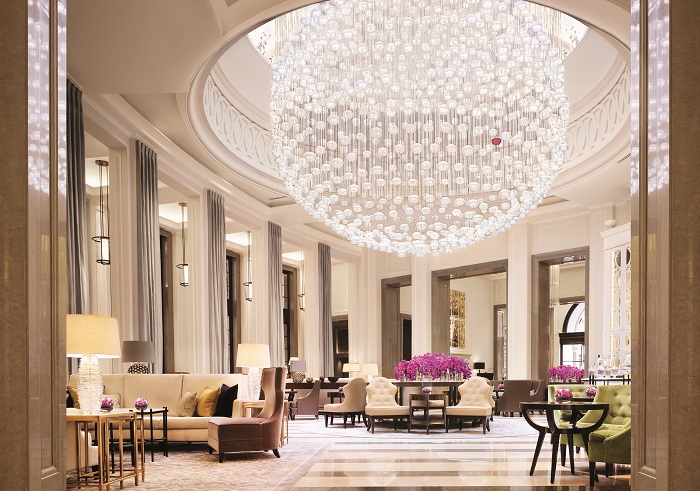 The hotel features some 294 guest rooms, including 40 suites and seven two-storey penthouses with spectacular views across the capital.

These penthouses herald a new era of luxury accommodation for the city – something very special indeed.

The opulent guest residences are built within the soaring turrets of the grand Victorian building, each with its distinct style and unique hand-crafted bespoke finishes.

But book fast, space for London’s famous New Year’s Eve fireworks is booked up for the next three years already! 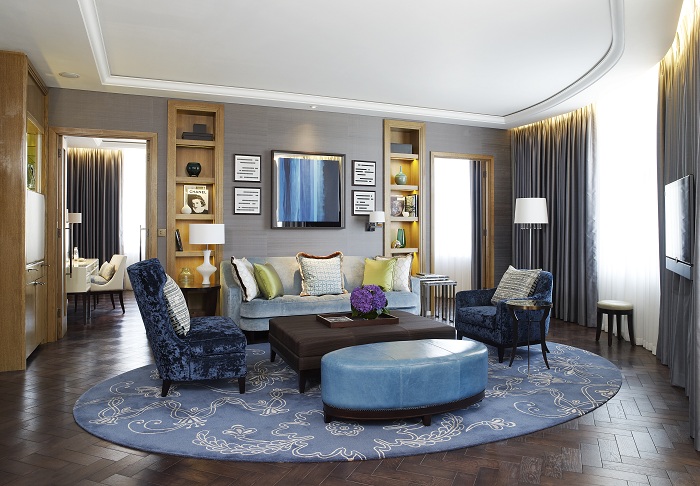 The hotel is home to 294 accommodations, including the River Suite

Kochs is a consummate London hospitality insider, having worked in the city’s leading hotels.

He joined Corinthia London in May from the 160-bedroom Hotel Café Royal, London where he was managing director for just over a year.

Prior to this he was the well-known face of Claridge’s, where he was general manager from 2010 to 2015.

He originally joined the Maybourne Hotel Group in 2005 and rapidly rose through the ranks, taking key roles across the portfolio, including at The Berkeley and The Connaught.

So, if anybody has the experience to take Corinthia London to the top, it might just be him.

He continues: “I came to London with Park Hyatt, where I was food and beverage director, so my career has really been through this route; restaurants, bars, and events.

“The company then restored the Connaught, where I was hotel manager for the re-launch, which was a fascinating post.

“You have these iconic names, and iconic brands, and the budget is usually quite generous, so you can really have some fun!

“Then I looked after Claridge’s for six years; so I know a hotel or two in London, yes.” 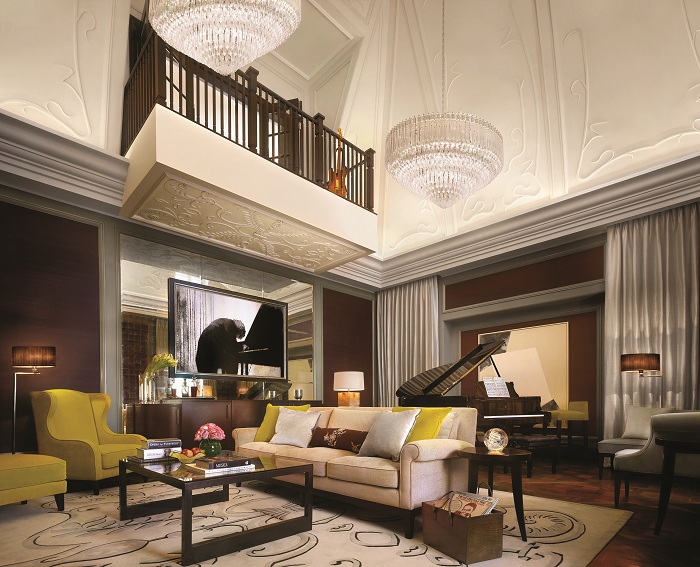 The Musicians Penthouse, one of seven at Corinthia Hotel London

As with many leading hoteliers, Kochs is quick to point to his colleagues as the key to success at the highest levels of hospitality.

“I can reach the team, talk to them, more than I can the guests; with 100 arrivals a day,” he continues.

“The guests can feel my personality through the team.

“That comes with a little bit of experience, coming from those iconic hotels helps.

“Arriving here, I am in a position to lead the next phase of the hotel – the hotel itself does not need massive change, it is a beautifully grown luxury hotel in London.”

He adds: “We employ 480 team members at the hotel and they live and breathe the brand every day.

“It is them who deliver to the customers.

“If my experience is to be of worth, I need to pass it on to the people here, and we need to align ourselves, start talking the same language, thinking the same way.” 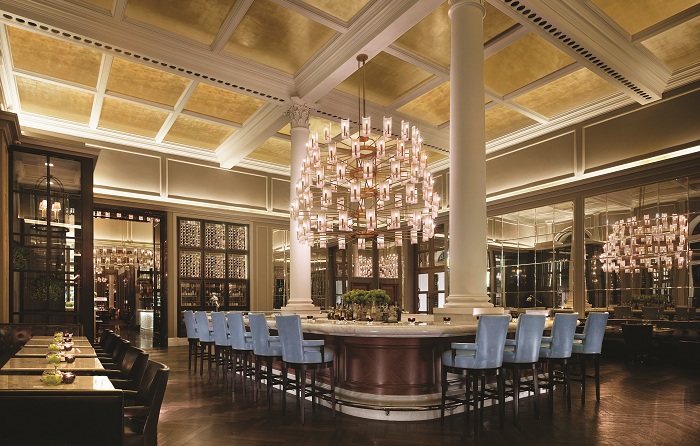 These aspirations are very much in tune with the Corinthia brand as a whole, which has grown from its base in Malta to incorporate properties across Europe and Africa in recent years.

There are also plans on the table for hotels in Dubai and Brussels in the near future, as the process of expansion continues.

“With Corinthia you still feel the spirit of the founder,” continues Kochs.

“When hotel groups reach a certain size you can lose the feeling of the person who initially had the idea; something changes.

“I am new to this brand and I see things with new and fresh eyes – I can see what the company calls the ‘spirit of Corinthia’.

“I can tell you that it is present and strong when you enter the brand.

“You can really feel it; people have a lot of pride in the hotels.

“If we can keep that, which I am confident we can, we can build something.” 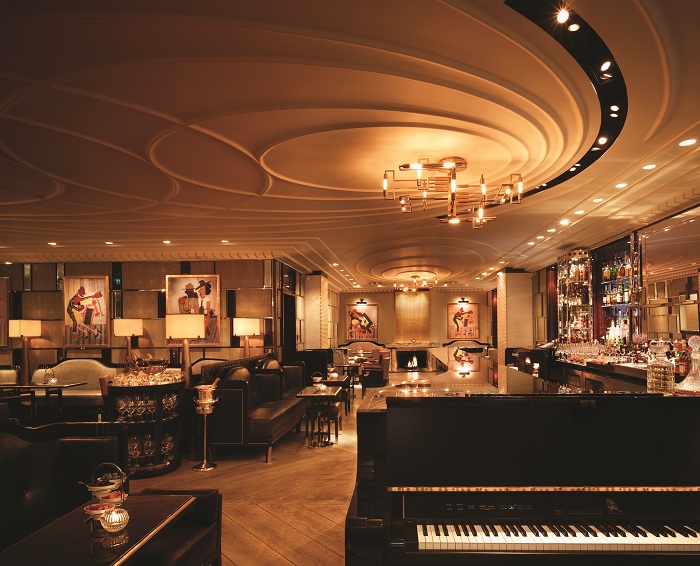 Corinthia London is an exquisite, weighty property throughout, but it builds on two key strengths, its food and beverage offering and its multi-level spa.

Downstairs, The Northall celebrates the best of British artisanal produce, together with an extensive selection of organic and biodynamic wines.

The heartbeat of the hotel, however, is the Crystal Moon Lounge.

The space offers a comfortable feel, enhanced by an eclectic mix of furniture and bespoke artworks.

The soaring dome in the centre is adorned with the pioneering Full Moon chandelier created by Parisian designer Chafik Gasmi and produced by Baccarat, the prestigious French crystal manufacturer.

Kochs explains: “We have a strong food and beverage operation here at the hotel; it is something I very much believe in.

“We have to be a London hotel, where Londoners come; we have to win the hearts and minds of the city.

“The hotel guests, the more international clientele that stays, they benefit hugely form that.

“There is nothing nicer than to go to a big city and to walk into a bar and you get a feel of the city a little.” 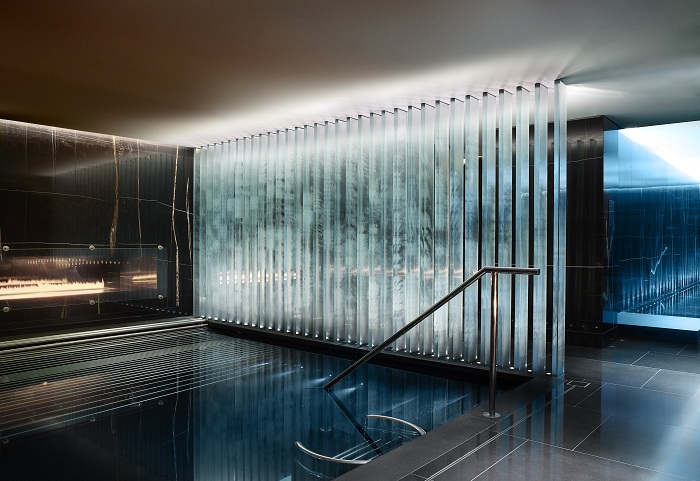 The vitality pool at Espa Life at Corinthia London

Turning his attention to the spa, Kochs is quick to point to the contribution of Aysun Mut, who took over leadership of the offering last month.

“She is priceless – her experience, knowledge of the brand, and the London market, is one thing.

“But what she is incredible at is looking after teams, inspiring and leading people; she is an inspiring person.

“I do not wish for that to come across as superficial and shallow – I really mean that.

“It is culturally very important for the hotel.

“These things: health, nutrition, wellbeing, and mindfulness, as well as looking after your mind and body, these are all very important.”

Spread over four floors, Espa Life at Corinthia rivals any in the country, having been recognised as England’s Best Hotel Spa by the World Spa Awards.

An extensive thermal floor area provides a dedicated space in which guests can completely relax and unwind.

Alongside a swimming pool, there is a vitality pool, glass amphitheatre sauna, steam room and heated marble loungers.

It has to be seen to be believed. 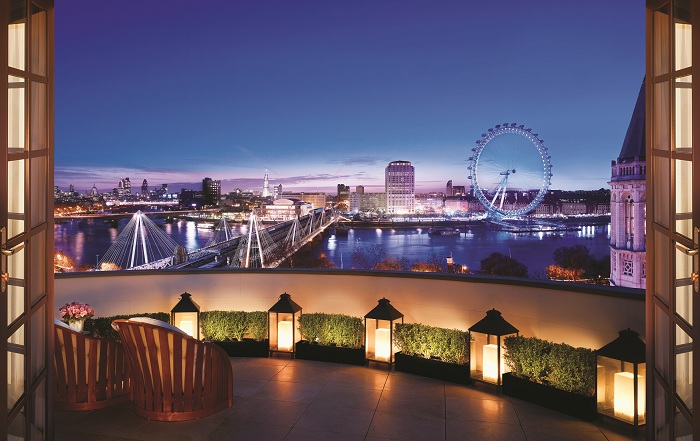 Views from the Royal Penthouse at twilight

Since opening in 2011, Corinthia London has gone from dazzling upstart to cornerstone of the London hospitality market.

Under the leadership of Kochs, it is now preparing to take the next steps in its evolution, from a hotel to an institution.

Featuring seven penthouses, two world-class restaurants, the award-winning Espa Life at Corinthia spa and much more, the hotel is a destination in itself, minutes from the West End and the River Thames.