Kuwait-based Jazeera Airways is preparing for something of an aviation milestone next month, with the carrier set to launch the first low-cost, long-haul flights between the Middle East and the United Kingdom.

Taking off from Kuwait City on October 27th, the airline will establish the first direct connection with the UK in more than half a century when the plane touches down at London Gatwick just over six hours later.

It is an exciting time for the sector argues Rohit Ramachandran, chief executive of Jazeera Airways, showcasing a whole new way to travel.

Over coffee in London, he tells Breaking Travel News: “This is a milestone for a number of reasons for us – it is the very first low-cost service between the Gulf and the United Kingdom.

“It is also the longest scheduled service for the new Airbus A320neo aircraft, at six and a half hours.”

Predominantly aimed at a price conscious leisure market, Jazeera will seek to leverage existing connections between the two countries.

“As a low-cost carrier, not only do we compete aggressively for existing traffic, we break monopolies and seek to expand the market into areas that are not currently in place.

“Of course, the United Kingdom and Kuwait have strong historic links; the embassy in Kuwait City just celebrated 120 years of partnership between the two countries.

“For this reason, London is a second home for many Kuwaiti businessmen, while there are also a large number of Kuwaiti students studying here,” explains Ramachandran.

He adds: “We are also the only low-cost carrier offering a one-stop service between London and the Subcontinent.

“We fly into five locations in India, as well as Pakistan, Nepal and Bangladesh.

“All of these countries have a large diaspora here in the United Kingdom - for these Asian communities that want to visit home, this will be their first low-cost option, ever.”

Ramachandran argues the airline will be able to fly passengers from London to Kuwait for around half the price of rivals Kuwait Airways and British Airways. 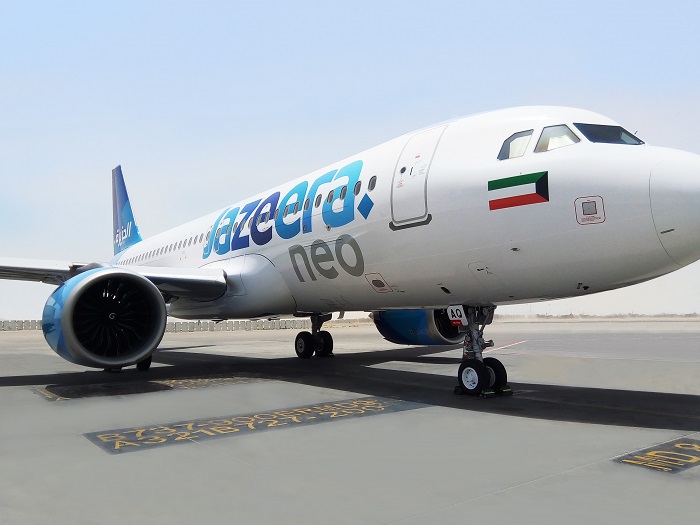 Ramachandran reveals that the geography of Kuwait is vital to the success of the carrier.

While the Airbus A320neo is able to cover the six and a bit hours to Kuwait City, Dubai and Abu Dhabi, an hour further south, are just beyond its capabilities.

This gives Jazeera Airways an advantage over more established carriers such as Qatar Airways, Emirates and Etihad on the route.

At present options are limited, with only one A320neo in the Jazeera Airways fleet.

However, three more are expected to join this year, with a further four set to follow in 2020.

All are currently leased, but Ramachandran explains the company is mulling an order for its own aircraft next year.

“We have taken the leasing option; we have found it gives us a great deal more flexibility and the ability to be opportunists.

“We can pick up distressed units from different airlines, new planes, straight from the Airbus factory, but which have not been delivered for whatever reason.

“We engage with both Boeing and Airbus on the future, and we are small enough in terms of fleet size that we can switch from one to the other without too much pain,” he explains.

“We have been airbus operators for the past 15 years and we are satisfied with the A320neo.

“But both this plane and the Boeing 737 Max can serve our purpose well – it boils down to the commercial terms.

“There is no rush for a decision, ordering airplanes is easy.

“Our region is full of large government-owned carriers that have placed large aircraft orders without necessarily knowing where to fly them.

“We do things a bit differently, we have an obligation to our shareholders to manage our capital very carefully.

“We go after these distressed units and lease them at below market rates.

“However, next year, we will be looking to place an order, for delivery from 2023 onward.” 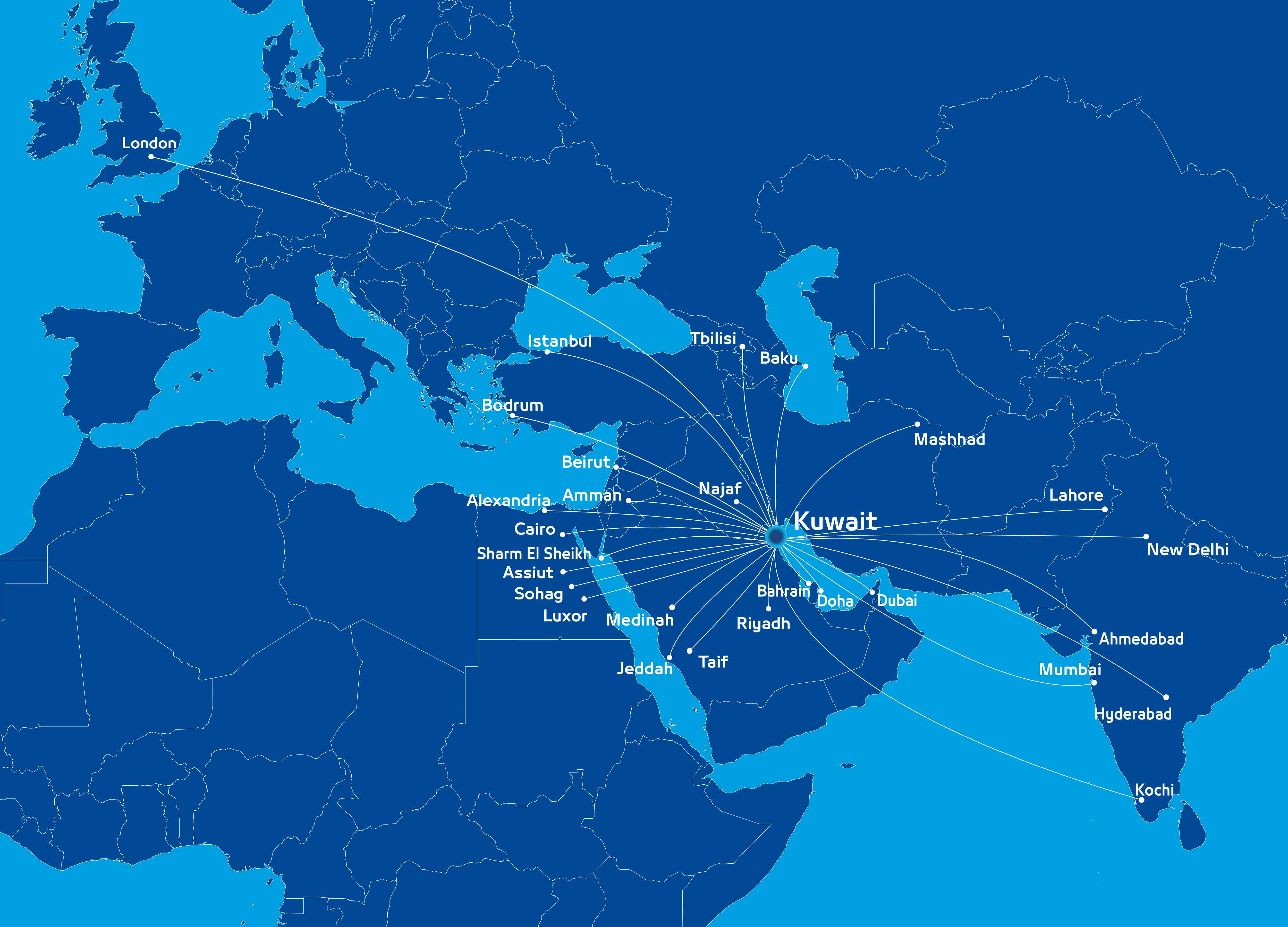 Despite branding itself a low-cost carrier, Jazeera will offer a three-class service on the London route.

“We essentially offer one kind of seat throughout the plane – but in three classes,” Ramachandran explains.

“The business class will be similar to that of a European short-haul carrier, the same seat, but with a larger pitch and the middle seat blocked off with a tray table.

“There will also be priority boarding, enhanced cabin service and a more generous baggage allowance, of around 50 kilograms.

“For the first time on this route, we have also introduced a premium economy cabin.

“This is essentially a guarantee from our side to keep the seat next to you vacant – something that has never been done before.

“Lastly, economy class remains very generous, with a seat pitch of 38’’ – more than you would find in a similar cabin on many legacy airlines.”

He adds: “It takes us ten minutes to retrofit the cabin into an all economy or all business arrangement, or any variation thereof, so we can be very flexibly in accommodating demand.

“There is a default setting, but if, for example, we have any large groups travelling, we can adapt as needed.”

Jazeera is unique in the Middle East in having its own privately-owned terminal, which allows the airline to boost the service it offers to passengers, as well as make more money.

“We launched our own terminal in May last year, after just 11 months of planning, preparation and building – flat ground to a fully functioning terminal,” continues Ramachandran.

“This is the only private terminal where the airline has designed, funded and built for its own operations.

“This helps us in a number of ways – we control the entire passenger experience from end-to-end.

“Secondly, it is also essentially us paying ourselves, rather than an external entity.

“Thirdly, it allows us to monetise that terminal, in terms of food and beverage, duty free, and all the concessions one finds there.

“Lastly, it is also possible for us to sell space to other likeminded low-cost carriers.

“This year we will have around 2.4 million travellers passing through.”

Ramachandran concludes: “From October to March it is an excellent time to visit Kuwait; it is like summertime here in the UK.

“British guests get a visa on arrival, and they will have access to the very best shopping you can find anywhere in the world.

“The Avenues Mall is the best in the world, no doubt.

“For people who want to look a bit beyond, Tbilisi in Georgia, Baku in Azerbaijan or Bodrum in Turkey, we offer a great low-cost, one-stop solution to get to all of these places.

“Once we launch London, we will wait and see how it does, as each route has to stand on its own two feet, before we consider Manchester or elsewhere, but we are open.”

Jazeera Airways successfully carried more than one million passengers in first half of 2019 across its network in high-demand destinations.