Azamara has refreshed its brand and launched what it is calling the most comprehensive pre- and post-tour offering in the cruise industry.

Sitting in a sumptuous suite at the Ritz-Carlton New York, with views overlooking Central Park, Azamara chief executive Larry Pimentel is every inch the American executive.

His messaging is precise, his analysis enlightening, his manner confident and relaxed.

An industry veteran of decades-long standing, he has seen it all and ridden a wave of growth as the cruise sector has boomed in recent years.

Greeting Breaking Travel News as the luxury line launches its refreshed brand and new pre- and post-trip land product his mood is buoyant.

Over coffee he explains that what Azamara is doing has the potential to transform the industry.

Pimentel begins: “Making these moves is about aspiration, innovation, taking the brand to the next level and creating the most unique hybrid product in passenger shipping.

“We are announcing 1,700 land programmes, which is the largest offering in the industry, and they are offered with some of the finest operators in the world.

“They take place from three- to six-days before or after the voyage, in 100 per cent of the embarkation and disembarkation ports that we offer.

“At present, only five per cent of holidaymakers select a cruise, but this offering means the other 95 per cent now have an option to join a cruise as part of their trip for the first time.

“The new offering is a 97 per cent increase on what we had before – we did not have this kind of extensive programme in the past, and we no longer fit in any perfect cruising category.”

To ensure travellers receive first-class service, Azamara has collaborated with some of the world’s most renowned luxury travel companies, including Cox & Kings, which will operate over 75 per cent of the new land programme.

Pimentel continues: “The selection of Cox & Kings was an interesting evolution – first of all I was intrigued by a company that was founded in 1758 and is still offering trips.

“I thought to myself, my god, they went through world wars, global events and they remain strong, so I started a dialogue with their personnel.

“Their knowledge and in-depth curation of the world is fantastic, for me they were the company of choice on a global basis.

“But, of course, we are augmenting that with specialists in various areas – some who are new and others that we have worked with before.

“Cox & Kings are doing all the city stays, those two- and three-night breaks before the cruise.

“There are very few companies that can offer this on a global scale, Cox & Kings is one, Abercrombie & Kent another.

“But when you start looking at the globe, you are hard pressed to find a company that has such a broad pallet of product.” 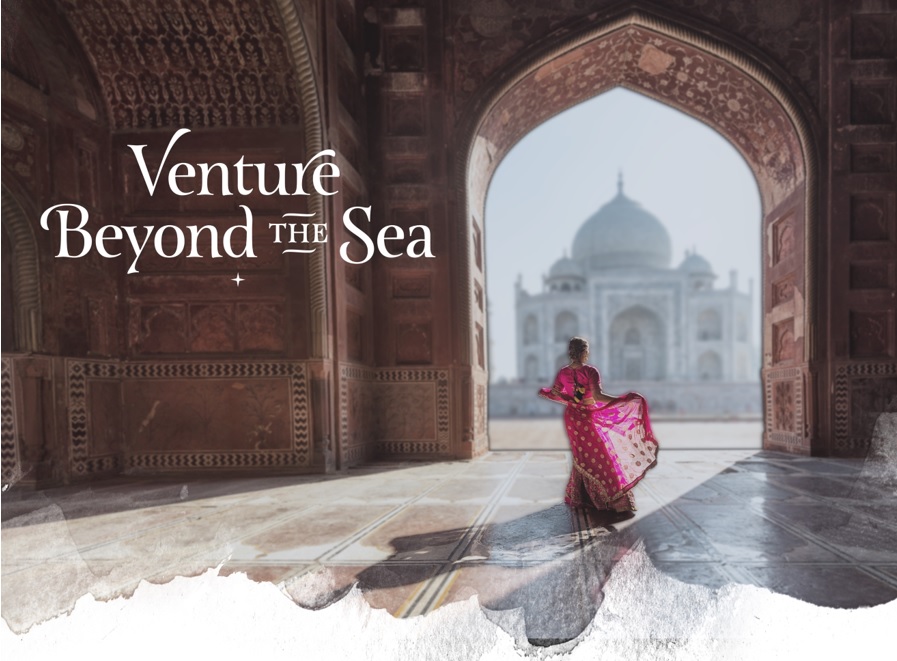 At heart, the new land offering is a way to maximise the economic potential of each voyage.

But encouraging passengers to purchase their add-on holidays through Azamara, the company hopes to boost its earnings while also expanding the options for holidaymakers.

Batting away questions about the acquisition of a new ship, Pimentel explains his ambitions are larger than that: “There is an R-Class ship that is unavailable – which is owned by Princess Cruises.

“If it was available and the terms were right, I would take a look at it.

“But we do not necessarily need a new R-Class ship, we can look to the future and examine new builds.

“Right now, I am content to get this land programme in play, because what it does to the business model is exceptional.

“The cost of a ship could be US$400-500 million, but when you add the land pre- and post-cruise and you make profit there, you return on invested capital escalates.

“From a business point-of-view, on the financial metrics of the company, this is an amazing move.”

He adds: “It went on sale this morning, all the systems were turned on, along with the new logo, new feel and new look – the computers are filled with data on the new programming.

“This is exciting because it is really the rebirth of a company - we are now a different kind of cruise line; we sit in a league of our own.”

When pressed on how many passengers he expects to take up the option of a pre- or post-cruise tour, Pimentel does something very rare for a chief executive and admits he does not know.

“There is no history of this – we are a pioneer – so it is hard to say, but I think in a two-to-three-year period, we will see 30-35 per cent of our guests taking advantage of this, maybe higher,” he explains.

“Normally we are in deep with analysis, but on this occasion, we will wait and see.” 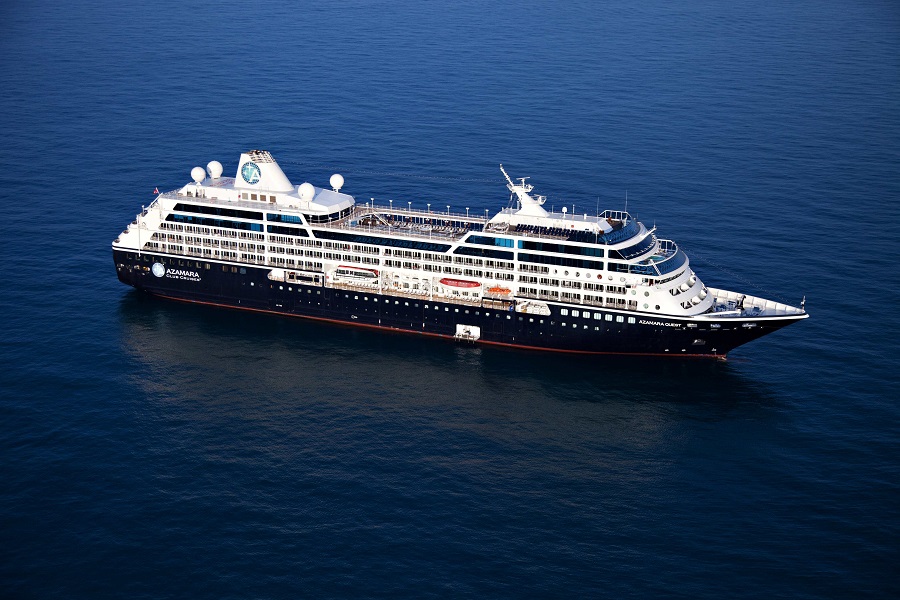 What is clear is that if it goes well then executives at Royal Caribbean International, owners of Azamara, will be in a position to give Pimentel scope to expand further.

“Royal Caribbean will come to us and say, ‘we need more ships here’.

“Passenger shipping is not homogenised, there are some brands that are leaders in family holidays, others in culinary, and in our case, we are the leader in the destination bit.

“The people cruise is the land – and we are more extensively offering access to that,” he adds.

Of course, success for Azamara translates to well for the cruise line’s partners in the trade.

“All of this is about staying a step ahead, to be exciting, to be provocative – to make it worthwhile for the guests,” Pimentel continues.

“It is also for the travel retailer, who can now take an opportunity for new commissions.

“We can see from our data that people are taking these pre- and post-tour already, but we have given it a more organised structure.

“We have been missing out on this market, and so are the agents.

“We will not get all the guests to sign up, and it is not designed to do so.

“You cannot buy the land product on its own, but you can buy cruise-only, so it is flexible – the world of luxury is about choices.”

This is part of a wider trend of growth in the industry, a trend that gives Pimentel great hope for the future.

“In the short term we have seen some cruise lines move boats out of China, which suggests we have hit some kind of plateau there,” he explains.

“But, long term, just consider how many people are there, how many human beings, with an emerging middle class, it is going to be so important.

“For years, cruising was dominated by the United States, with the United Kingdom second.

“All of a sudden, China is number two, followed by Germany in third and the UK in fourth – but the UK has just hit the biggest number it has ever seen in terms of passengers.

“What this says is that the entire world of cruising is growing rapidly – the earth is three quarters water, there are a lot of places to go.

“This is going to continue to be a growth market, despite blips – be that Brexit, a decision from president Putin of Russia that the Black Sea is off limits, or a ban on travel to Cuba.

“If you look at the CLIA graph over the past 20 years, it is continued growth and I see this in the future as well.”

But such rapid growth has brought problems, with the cruise industry in the spotlight for overtourism, especially in European destinations such as Venice.

During the half an hour we spend together, this is the only issue that seems vex Pimentel – he has clearly been asked about it many times and feels the cruise sector is taking an unfair amount of blame.

He explains: “Overtourism is not isolated to shipping – it is about people being excited about the best destination in the world.

“Venice, for example, when it was built, was the considered the largest city in the world, but the world has grown up around it.

“Children are growing up reading about a city where the streets are made of water – of course they are going to want to visit.

“Shipping is not the issue – land-based tours are the thing.

“The issue with shipping is that a lot of guests arrive at the same time.

“It is an issue, it is real, it is serious – but it is one that all the industry sectors have to talk about, to collaborate on, to work out ways curating places that people will always want to see.

“As long as population growth continues, these places – Bergen, Dubrovnik and Venice – will have more guests every year.

“But this is not a cruise only issue – if you look at the math, you will see this very quickly.”

Azamara is an upmarket cruise line and the leader in destination immersion, with three mid-sized ships sailing to all seven continents of the world.

The boutique-style ships allow them to reach marquee ports around the world and dock in smaller, less-visited hidden gems.