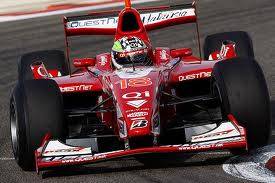 The Korean Grand Prix is a planned Formula One race to be held in South Korea. After months of speculation, on October 2, 2006 it was confirmed that the event would actually take place in 2010, and would be hosted by the Korean International Circuit, set to be built between 2007 and July 2010. It has also been revealed that the race will be promoted by a public-private company. The deal is for seven years with a five year option that would ensure the race to be held until 2021.